Blog › Crypto News › This week in Bitcoin: Is Libra Hanging on by a Thread? 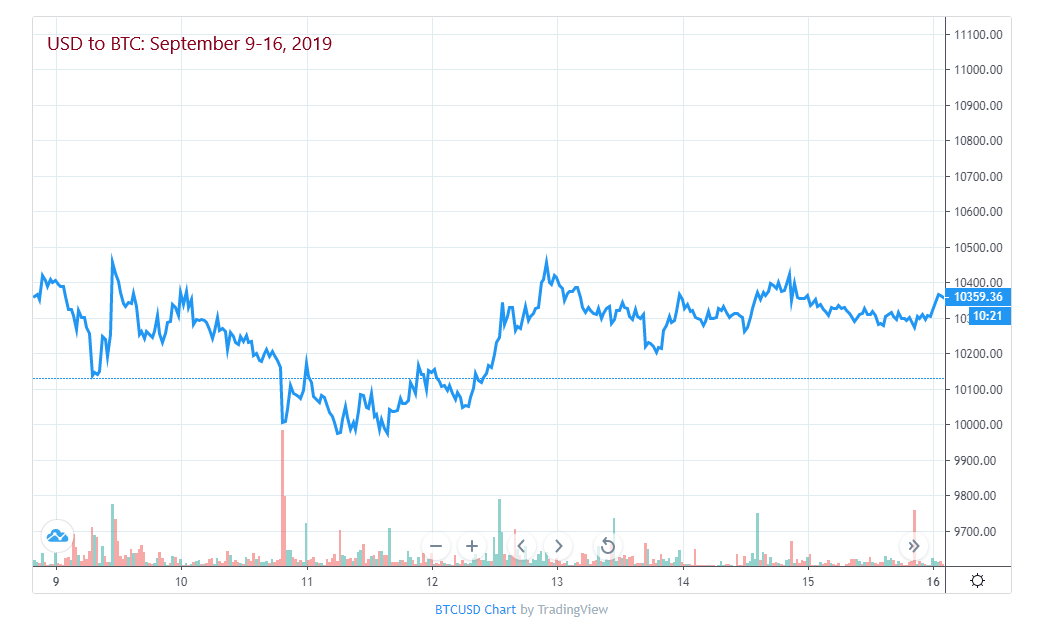 The Bitcoin price remained fairly steady this week, starting and ending at almost the same price, near 10,400 USD, and rising and falling by only a couple of hundred dollars at a time. While week-by-week the Bitcoin price often seems volatile, Bitcoin has remained above 9,000 USD for the past three months now, showing that it’s perhaps not as volatile as its reputation would have us believe. It will be interesting to see if the price remains near the 10,000 USD mark for another three months.

The Mt Gox hack, which saw 850,000 BTC stolen from the Japanese cryptocurrency exchange in 2014, was really the first major Bitcoin crime, and still perhaps the best-known one. The 850,000 BTC, which at the time was worth $450 million, today is worth $8.5 billion. Now, a lawyer in Russia is claiming that about 200,000 of those coins can be recovered by taking legal action against the Russian nationals who received them. Of course this recovery doesn’t come free (or even cheap). If recovered, the lawyer behind the offer, Alexander Zheleznikov, is asking for 50-75% of the funds, plus $320 an hour to recover the coins. Considering it’s not even entirely clear who all of the holders of the stolen coins are, it’s questionable whether the fee is worth the recovery.

It looks like Libra’s woes aren’t only in the United States. While US politicians and regulators have been fighting to keep the Facebook currency at bay, Europe is now joining the fight, with Germany and France leading the way. The two countries have vowed to combat the development of Libra in Europe, and of what they see as Facebook’s attempt to gain monetary power.

Also in France, the country has become the latest nation to introduce friendly Bitcoin trading policies, stating that it won’t charge VAT on crypto to crypto trades, but only on crypto to fiat sales.

Meanwhile, in the Netherlands things are becoming a little tougher for Bitcoin enthusiasts, as foreign crypto exchanges may soon be banned. The move, which is purportedly to curb the problem of money laundering in the cryptosphere, is also a boon for Netherlands-based exchanges, which will benefit from having the Netherlands market to themselves.

Bitcoin gets a bad reputation for being environmentally unfriendly; after all, Bitcoin mining requires enormous amounts of energy and can easily drive one’s electric bill sky-high. In fact, while the price of Bitcoin is high, during price drops the costs of powering mining equipment can be higher than the Bitcoin price itself, making Bitcoin mining profitable only in countries where energy costs are low. But Bitcoin mining is becoming more environmentally friendly (and more efficient), with new processes being introduced to lower the impacts. Now a German company has introduced a new piece of mining equipment that will make mining in cold-weather locations more efficient than before. It’s great news for people who want to buy Bitcoin but also care about being green, and we can expect more companies to follow with innovative technologies.