Since the 60s under Sheikh Rashid bin Saeed Al Maktoum, the Emirate of Dubai has developed the city of Dubai at an extraordinary pace, culminating in the phenomenal growth seen over the last couple of decades. From a humble trading port, Dubai has been transformed into one of the most popular luxury tourist destinations in the Middle East, in addition to being the region’s undisputed status as a financial hub.

To achieve such rapid development, the Emirate’s leadership not only poured in copious investment funding (predominantly derived from the oil discovered off Dubai’s coast in 1966) but also established a multitude of Special Economic Zones across the city, to foster business growth and attract foreign investment. Numerous technology, finance, and media companies have been established in Dubai as a result, forming a receptive environment for Bitcoin.

Should a similar approach of investment and deregulation be applied to Bitcoin and blockchain projects as was applied to the city itself, Dubai could bring equally amazing growth to the cryptocurrency space. There are several encouraging signs which point to the likelihood of such an occurrence, as the government is pioneering numerous blockchain projects while the UAE’s sovereign wealth fund remains “open-minded” in regards Bitcoin investment.

Under the ambitious UAE Blockchain Strategy 2021 announced in April 2018, the region intends to become the world’s first “government on the blockchain”, with half of federal transactions made via cryptocurrency by the aforementioned date. In July of 2021, Dubai’s state-operated Emirates NBD bank and the Department of Economic Development launched a KYC (Know Your Customer) platform based on blockchain technology. This system already has hundreds of participating companies and promises to speed up all kinds of financial processes within the country.

As part of the Crown Prince of Dubai’s Dubai Blockchain Strategy announced in 2016, a multitude a blockchain-based initiatives have been launched.  These initiatives aim to improve governmental efficiency, legal processes, public happiness, and the ease of doing business. These ventures include:

Smart Dubai, which seeks to shift administrative functions such as billing, visa application, license renewal into a blockchain system by 2020. The result should be reduced costs and greater efficiency, maintaining Dubai’s status as a “city of the future.”

Court of the Blockchain, which ultimately aims to bridge the gaps between the traditional legal system and blockchain-based smart contracts. For now, the focus will be on reducing paperwork and realizing greater legal efficiencies.

The Dubai Blockchain Business Registry Project, developed in partnership with IBM, will create a blockchain-based Unified Commercial Registry to better issue, store, and manage trade licenses. The Dubai Silicon Oasis free zone will be the first to implement the technology.

In May of 2020, in keeping with Dubai’s history as a key trading port and its future as a financial hub, Dubai’s port operator, DP World, adopted the TradeLens blockchain-based shipping and supply chain platform. The technology was developed by IBM and the Maersk shipping company.

In April of 2018, Bitcoin was declared acceptable under Sharia Law by Muhammad Abu-Bakar of the Indonesian firm, Blossom Finance. This has opened the door to Bitcoin and cryptocurrency investment by Muslims around the world. Note that this declaration should not be presumed to extend to each and every cryptocurrency, as some contain an element of interest earned on loans. To the best of our knowledge, none of the coins offered by Coinmama fall in this category.

Although Dubai and the UAE have clearly embraced blockchain, the legal and tax status of Bitcoin in Dubai is still somewhat unclear.

There existed some perceived contradiction existing between the UAE central bank’s ruling which prohibited “virtual currencies” and emCash, planned as the official state cryptocurrency of Dubai. However, the central bank’s governor later clarified that the prohibition does not extend to cryptocurrency.

According to legal experts consulted for an article in Gulf News, the buying and selling of Bitcoin is considered a “tolerated practice” within the UAE. While Bitcoin is not explicitly legal within the region, regulators will not prosecute those who trade in it.

The Dubai Financial Services Authority has publically warned against the high risk of cryptocurrencies but washed its hands of their regulation.

According to the Khaleeji Times, the taxation situation regarding cryptocurrencies is currently unclear. However, in 2018 a regulatory framework for crypto-related companies was unveiled. Such companies require a license to operate. Further legislation is pending and it is hoped this will soon clarify the legal status of Bitcoin in Dubai.

Dubai is likely to emerge as a regional or even world leader in the implementation of blockchain technology. However, this should not be taken to imply that all things crypto are permissible. We at Coinmama recommend that our valued clients who want to buy Bitcoin in Dubai and the UAE conduct their own research into local taxation laws and all other regulations which pertain to cryptocurrency.

How to Buy Bitcoin in Dubai

Coinmama allows people in Dubai and the UAE to buy bitcoin via a bank transfer or with a debit or credit card, issued by either VISA or MasterCard. If you’re looking to buy bitcoin in Dubai click here and follow the steps.

Steven Hay is a former trader and gold investor who discovered Bitcoin in late 2012. In 2013, he began writing about Bitcoin and currently writes for Coinmama and 99Bitcoins. Steve also sold art for BTC to better understand the crypto economy. His current focus is on automated Bitcoin arbitrage trading.
All Posts »
PrevPreviousHow to Buy Bitcoin in Australia (2022)
NextBitcoin in SingaporeNext 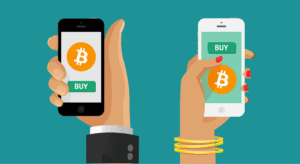 How to Buy Bitcoin Online with Coinmama in 2023

It’s no secret that Bitcoin’s price has been generating a lot of excitement recently, as serious institutional investors have been absorbing the supply of available 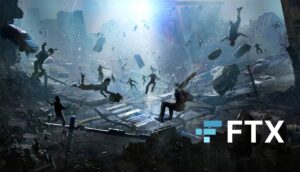 This week, FTX –  one of the biggest centralised exchanges in the crypto industry –  collapsed. The crypto markets have reacted accordingly resulting in multi-year 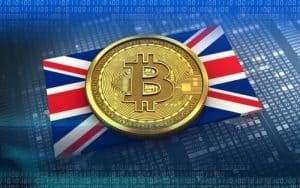 The United Kingdom (UK) is one of the world’s largest economies, coming in fifth in the International Monetary Fund’s rankings. This is not surprising, as the