It was, without question, a wild week for Bitcoin—and a wild week for people who buy Bitcoin. How wild? At Coinmama we couldn’t keep our eyes off the prices. Coinmama recently took a look at Bitcoin’s price history in an effort to make a more educated decision as to when to buy Bitcoin (BTC). How did last week do through that lens? We take a look at all that and more…

Shortly before midnight on Saturday, June 22nd, the Bitcoin price jumped above 10,000 USD for the first time in over a year. Following a long slump, people have been enthusiastically buying Bitcoin since the beginning of April, but passing the psychological hurdle of 10,000 USD helped rally the troops. Once it hit 10,000 USD, the Bitcoin price couldn’t stop; by Saturday afternoon it climbed briefly over 11,000 USD, as everyone scrambled to buy Bitcoin in anticipation of another rally like the one in 2017. 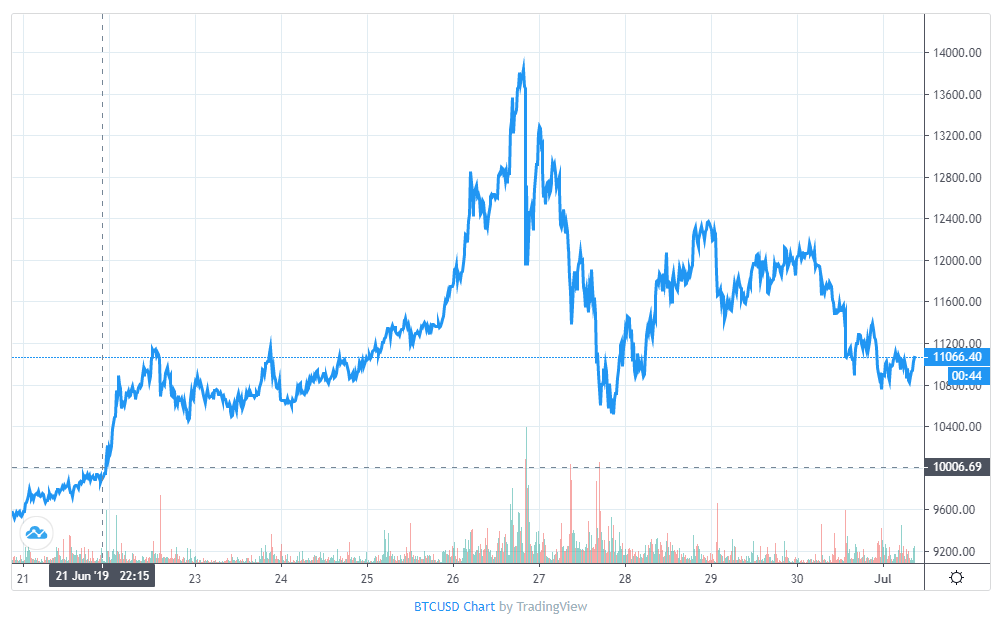 The Bitcoin rate then calmed down a bit, settling just above and below 11,000 USD, but by Wednesday we were looking at another massive spike, as the Bitcoin price climbed from 11,300 USD to 13,700 USD over the course of 24 hours, before dropping 1,000 USD in an hour, and continuing its drop. After some roller-coaster rides, we closed the week out with Bitcoin hovering around the 12,000 USD mark. (Though the price keeps dropping, and as we enter a new week, Bitcoin has dipped under 11,000 USD.) Still, despite the drop, anyone who was lucky enough to buy Bitcoin during crypto winter—or even earlier in June—is likely happy with their investment.

So what caused the massive jump and then its fall? Last week we took a look at some of the factorsthat affect the BTC price. Among them:

In the case of this past week, all three factors were in play: Facebook’s Libra announcement the week before no doubt helped to get people excited about cryptocurrency and perhaps spark the spree to buy Bitcoin. That news was then followed by general excitement, or hype, which helped keep the fire going. After all, as the Bitcoin price climbed higher and higher, reminding people of December 2017, it was hard not to want to get a piece of the action, in case those numbers touched 20,000 USD again, or higher, as was predicted. Of course, as the steep incline reminded people of Bitcoin’s peak, it dwindled supply and increased demand, driving the price up even more. But it also perhaps reminded people who missed the opportunity to sell at the peak that just having Bitcoin was not enough. While the mad dash to buy Bitcoin may have been in part due to FOMO (back to hype here), the sell-off that followed was probably due to the same, decreasing demand.

Coinmama resists the urge to make Bitcoin price predictions, but with such a big roller-coaster ride, it’s definitely interesting to see what others are predicting. An article from the week’s beginning touted predictions of 100,000 USD, while one towards the end of the week warned of the possible return of a bear market. Are they believable or just more hype? Only the future will tell. 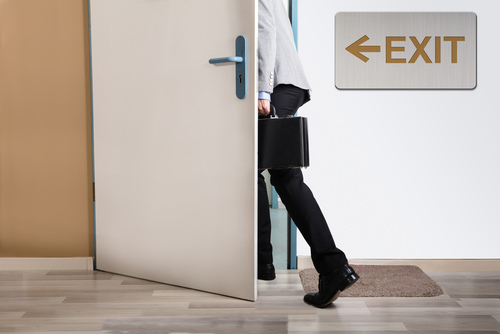 This week wasn’t just about the Bitcoin price though. Among other top stories was the one of Dublin based exchange Bitsane’s possible exit scam. As Forbes reported, the crypto exchange seemed to vanish off the face of the earth, along with the funds of its 246,000 users. It’s not the first time exchange users have faced problems. Exchanges, which hold users’ funds in exchange-controlled wallets and allow their customers to trade through them, are notoriously susceptible to hacks, scams, and going under. In addition to the Bitsane story, which is still developing, here are a few more recent exchange nightmares:

Reading these stories, it’s impossible not to ask, are exchanges safe? Some of them are, of course. But at Coinmama we believe that giving users complete control over their own funds is not only the safest choice, it’s also the most in the spirit of the decentralization that’s behind cryptocurrency. Coinmama is not an exchange—rather, it provides users a fast and easy way to buy Bitcoin online with a credit card, debit card, or bank account. As such, users store their Bitcoin or other cryptocurrencies in the third-party wallet of their choice. What are the benefits of that?

While Bitsane’s disappearance is relatively small in the grand scheme of crypto, it highlights the risks of putting all of your faith (and dollars) in another operation. As more and more cases such as this one, as well as the hacks that plague the industry, come up, we expect to see changes in how Bitcoin is stored, how exchanges operate, and what people’s expectations of safety are. In the meantime, we at Coinmama are pleased to offer a service that keeps you in control of your own economy.