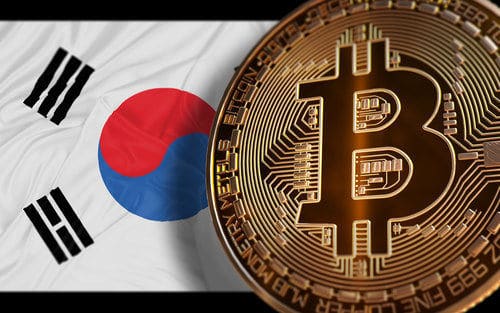 South Korea is renowned for its rich history and amazing economic and technological success. The country is ranked as one of the G-20 major economies and, informally, as one of the four “Asian Tigers.” South Korea has made especial progress in the manufacturing of electronics and vehicles, being home to industry front runners such as Samsung (which is fabricating Bitcoin mining chips), LG Electronics, Kia, and Hyundai. South Korea also boasts world class high-tech cities such as Seoul, the capital.

It’s not surprising that cryptocurrency has thrived in such an advanced and wealthy country, given that internet penetration and financial sophistication are some of the major drivers of crypto adoption. What is surprising is that the crypto boom came rather late to South Korea; after the US, Europe and China were already onboard, South Koreans only really got into Bitcoin in a big way around 2014. Between 2019 and 2020 however, South Korea was ranked 17th for crypto adoption out of 154 countries.

In 2018, South Korea had one of the largest markets for cryptocurrencies in the world, ranked just behind the United States and Japan, which respectively have about 6 and 2.5 times South Korea’s population. South Korea’s massive per capita crypto adoption is said to result from one-third of all salaried workers being active in crypto trading and / or investment. Naturally, most of these market participants are involved with Bitcoin.

During the 2018 bear market, the troubles for Bitcoiners in South Korea were compounded by some stringent government regulatory actions. Trading in cryptocurrency, particularly ICOs, was significantly disrupted by South Korea’s tough new regulations, and ICOs are still banned in 2021. However, it seems that the government is starting to ease its restrictions as we head into the third quarter of 2018. It seems that the Korean blockchain revolution is set to continue, albeit at a more restrained pace.

This article aims to inform South Koreans as to their current regulatory environment in regards to cryptocurrency, as well as explain how to buy Bitcoin using a credit or debit card from within South Korea.

Many South Korean banks, such as Shinhan Bank, provided anonymous “virtual bank accounts” for clients looking to fund their crypto exchange accounts. This practice decreased regular banking fees and delays, facilitating low-friction crypto purchases and sales for South Koreans. However, this practice has now been banned, and now only regular, named bank accounts may be used for crypto trading.

These developments, coming after the South Korean government had legalised payment facilitation by crypto service providers in July of 2017, sounded a note of caution. Rumours of a South Korean ban began to swirl through international markets. Following the draconian crypto exchange clampdown in China, the South Korean market had grown to become something of a replacement for Chinese demand.

The situation came to a head in September of 2017, when the government banned ICOs (Initial Coin Offerings). In January 2018, the Korean government was rocked by an insider trading scandal, when it transpired that several Financial Supervisory Service staffers sold their crypto holdings shortly before the Justice Minister publically (and erroneously) stated that the government was close to banning cryptocurrency.

In July of 2018, The Korea Times reported that the government had drafted bills to introduce crypto regulations, aimed at preventing cybercrimes and money laundering. Further exchange failures and fraud (notably a series raids on the major Bithumb exchange), coupled with crypto malware attacks by North Korea, have led to an atmosphere of stringent regulation. In March of 2020, the country’s national legislature introduced a permit system for crypto exchanges to ensure that, despite privacy concerns, only customer bank accounts linked to verified identities may trade crypto. Despite this, Bitcoin Korea continues to advance.

While the government is concerned about the security and financial risks of crypto, the (central) Bank of Korea is unphased. The BOK reported that the “mere” 2 trillion Won (about $18 billion US Dollars) invested in the local crypto industry poses no threat to the 26 trillion Won deposits in the country’s brokerage houses. In October of 2020, the BOK announced it will begin issuance its own digital currency in 2021 but only as part of a controlled trial.

While the country finds a suitable regulatory path, businesses and state-owned corporations  are seeking to harness the technology behind the blockchain.

Forthcoming Taxes on Bitcoin in Korea

South Korea announced in January of 2021 that they intend to level a 20% tax rate on all profits derived from crypto trading. This new tax regime, which has been in the works for several years, is expected to be introduced in 2023. Traders are advised to prepare accordingly.

South Korea’s largest telephone company, the KT Corporation, is set to launch its own blockchain-powered network. This blockchain layer is set to be added on top of their existing network. The company says this will bring a new level of security and transparency to its network.  SK Telecom introduced its blockchain-based system for storing government certificates in October of 2020.

Similarly, the Korea Housing Finance Corporation and the Korea Internet & Security Agency have decided to collaborate on blockchain document storage. This system will manage documents for mortgages and other loans, while providing protection for customer data and improved efficiency.

The administrative district of Yeongdeungpo-gu has also based its Proposal Evaluation System on blockchain workings. This system is set to improve the security and integrity of administrative work while speeding up results and proposal reviews.

These developments hint that the government seeks to embrace rather than extinguish blockchain technology.

The South Korean government has certainly instituted some relatively strict rules regarding cryptocurrencies. However, there is some justification for these rules, given the excesses and unfortunates incidents which have occurred in the past. Regardless, a country as technologically sophisticated is the perfect incubator for new technology like crypto. If you want to buy Bitcoin in Korea, Coinmama is here for you.

Steven Hay is a former trader and gold investor who discovered Bitcoin in late 2012. In 2013, he began writing about Bitcoin and currently writes for Coinmama and 99Bitcoins. Steve also sold art for BTC to better understand the crypto economy. His current focus is on automated Bitcoin arbitrage trading.
All Posts »
PrevPreviousHow to Invest in Cryptocurrency
NextHardware Wallets: the Safest Way to Store CryptoNext

Indonesia is the 4th most populated country in the world and has the largest economy in Southeast Asia. Formerly known as an agricultural producer, Indonesia has

How to Sell Bitcoin for Cash

The Bitcoin white paper is entitled “Bitcoin: a Peer to Peer Electronic Cash System.” Satoshi always had good reasons for his decisions, and this title is no