If you’re interested in how Southeast Asia is adapting to Bitcoin, Singapore has all the right characteristics to become a world leader in the Bitcoin and blockchain industry. Singapore has been rated as one of the most “technology-ready” nations in the world, due to the ubiquity of its internet, openness to innovation, and well-established digital economy. Additionally, Singapore’s sophisticated market economy provides the basis for the impressive wealth of its citizens, who enjoy the world’s 3rd highest per capita income.

As if such favourable factors weren’t enough; this Southeast Asian city-state is an established hub for global finance, commerce, and trade. Singapore is also regarded as something of a tax haven for its low income tax, as well as various exemptions on capital gains and foreign earnings taxes. Further, Singapore is has a highly-educated population able to grasp the complexities of cryptocurrency.

The combination of all these positive factors – all known spurs to crypto adoption – could only be stymied by government hostility to crypto… Fortunately, Singapore’s government has proven itself open-minded and supportive towards fintech innovation, whilst also taking responsible steps to curb fraud.

Singapore’s regulators were among the earliest to adopt a clear stance on Bitcoin, choosing a permissive approach. Many crypto businesses have been attracted to the region as a result, some even incubated by a government-backed accelerator program. Multiple crypto conferences have also been held in Singapore over the years, indicating a large and active local community.

If you’re in Singapore and looking to get involved in the Bitcoin revolution, this guide contains a quick rundown on the regulatory and tax situation in Singapore. We’ll also explain how you can quickly and easily purchase your own bitcoins from the Coinmama website, using a bank transfer or any credit or debit card issued by either VISA or MasterCard.

Bitcoin usage is considered legal within Singapore, although cryptocurrencies aren’t classified as legal tender. As a result, crypto is not afforded any kind of regulatory protections. As early as December 2013, the Monetary Authority of Singapore (MAS) declared that they’d refrain from interference in Bitcoin-denominated commerce

In late 2017, the MAS issued a warning on the risks of crypto speculation. This proved timely, as crypto markets headed downwards soon after. The MAS also issued warnings on the high risks of ICOs in mid-2017, warnings which have again been borne out by subsequent events. From these warnings, it’s clear that regulators are following developments in the crypto space closely.

In February of 2018, Singapore’s Deputy Prime Minister and Minister of MAS announced that the agency is developing a regulatory framework for crypto payment services. This regulation is intended to prevent money laundering and terrorist financing, and is likely to impose KYC (Know Your Customer) and AML (Anti-Money Laundering) requirements on local exchanges. However, it was also emphasized in the PM’s address that no crypto ban is envisaged.

Accordingly, the Monetary Authority of Singapore instituted the Payment Services Act in January of 2020, laying out clear regulations and licensing requirements for local crypto companies and exchanges. The Act also brings crypto payment services in line with existing regulations for traditional finance. Singapore’s Inland Revenue Authority has determined that, for taxation purposes, Bitcoin will be treated not as a currency but as a good. The upshot is that the Goods and Services Tax of 7% will apply whenever a business accepts Bitcoin as a form of payment – but only for real-world goods or services. Virtual goods and services are exempt under Singapore’s existing tax laws. Capital gains taxes from Bitcoin investment are also exempt from taxation.

It therefore appears that individuals, as opposed to businesses, are under no Bitcoin-related tax obligations. Coinmama recommends that our clients confirm this impression with a tax or legal professional.

Many exciting blockchain projects are happening in Singapore, such as KrisPay; the blockchain-based “air miles” reward system adopted by Singapore Airlines (SIA). Another good example is the Open Trade Blockchain (OTB). Developed by a company owned by Singapore’s government, this service uses a blockchain solution to improve international trading, particularly in the ASEAN region.

Also encouraging was the Memorandum of Understanding signed in March 2018 by the Singapore Fintech Association and its Japanese counterpart. These organizations agreed to cooperate to the benefit of their respective crypto industries. Following this, Japan’s major financial group, SBI Holdings, and Switzerland’s main stock exchange, SIX, are building an institutional crypto trading platform in Singapore, which is expected to go live in 2022.

Also highly significant is Project Ubin, the MAS’s own experiment in blockchain technology. It was also announced in December of 2020 that Singapore’s largest bank, DBS, is creating a cryptocurrency exchange division. It was estimated in 2020 that there are 234 crypto companies operating inside Singapore, with this number surely set to increase as major international institutions and local entrepeneurs alike get involved.

Singapore is definitely ahead of the global curve when it comes to cryptocurrency acceptance and integration. All signs point to the continuance of this trend, as Singapore is emerging as one of the best places in the world to be a Bitcoiner or to run a Bitcoin business.

How to Buy Bitcoin in Singapore

Interested in becoming a part of this transformative new industry? Coinmama allows people in Singapore to buy bitcoin (BTC) with Singapore dollars, via a SWIFT bank transfer or by using their credit or debit cards. At this time, only cards issued by VISA or MasterCard are supported.

Here’s how to get started with building up your Bitcoin portfolio, in 4 easy steps.  click here.

Steven Hay is a former trader and gold investor who discovered Bitcoin in late 2012. In 2013, he began writing about Bitcoin and currently writes for Coinmama and 99Bitcoins. Steve also sold art for BTC to better understand the crypto economy. His current focus is on automated Bitcoin arbitrage trading.
All Posts »
PrevPreviousBitcoin in Dubai & UAE
NextBitcoin in JapanNext 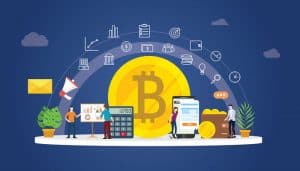 Buy Bitcoin in India with Coinmama (2021)

As Bitcoin continues to blaze a trail of adoption across the globe, its stance in India remains somewhat shaky. Indian regulators view Bitcoin in a 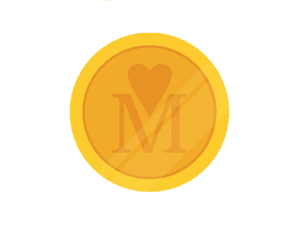 Since its foundation in 2013, Coinmama has been at the frontier of the money revolution. Fueled by our mission to simplify cryptocurrency for the masses,