Blog Home › Bitcoin news › How many Bitcoins are There?

The short, approximate answer to this question is that there are about 18.61 million bitcoins (BTC) available at this time (January 2021), out of a maximum total supply of 21 million. This means that over 82% of all possible bitcoins have already been issued. The supply limit of ~21 million is expected to be reached around the year 2140, as coin issuance decreases exponentially over time.

These basic facts often raise more questions than they answer. The most frequently asked follow-up questions include:

As for why the figure of 21 million was chosen for the cap, we’ll likely never know the reason for a certainty, as Satoshi never explained it. A magic number had to be chosen and 21 million is as good a choice as any other.

To answer the other questions and so provide a deeper understanding of Bitcoin’s supply limit – the reason for its existence and the methods which enforce it – it’s necessary for us to delve deeper into Bitcoin’s mining reward schedule, as well as some basic economic theory.

The Properties of Money

There are several generally agreed upon properties which constitute sound money, as initially conceived by no less a luminary than Aristotle:

While the other properties of money are beyond the scope of this article, the 21 million bitcoin limit exists to ensure scarcity. Items which are both rare and in-demand must, by the laws of supply and demand, appreciate in value.

By contrast, when central banks or governments abandon scarcity by increasing the supply of fiat money then, no matter how useful their fiat is as money, the end result is erosion of value. This is the primary process behind inflation; the steady increase in the price of goods and services. It’s not that the value of such things is rising but rather that the value of the money is falling, due to its increased supply.

It’s possible for inflation to run entirely out of control, leading to monetary collapse. This process is known as “hyperinflation” and its catastrophic results are observable throughout history and today, in countries like Venezuela. This is not a problem Bitcoin can ever experience.

So now that you have a better understanding of why Satoshi capped Bitcoin’s supply, it’s time to address how the limit is enforced.

The fact is that there’s no line of code which explicitly states that 21 million is the issuance limit. Instead, this limit exists only as by-product of decreasing coin rewards for miners.

As you’re probably aware, miners are rewarded with newly-created bitcoins whenever they successfully process and record everyone’s transactions into a new block, which is then appended to the blockchain. This monetary reward is what motivates miners to perform this function, which is costly in terms of equipment and electrical expenses. The mining reward is also the only way in which “new” coins are created; miners sell the bulk of their new coins to pay for expenses and make profit.

The initial coin reward for each block solved between early 2009 and 2013 was 50 BTC. This coin reward is halved every 210,000 blocks, or about every 4 years. No matter how much hashrate is directed towards Bitcoin mining, the mining Difficulty adjustment which occurs fortnightly, or every 2016 blocks, ensures that a block is found on average every 10 minutes. Here’s a little basic maths to back up all these figures.

At the time of writing, the block reward is 6.25 BTC per block. This will continue until the next Bitcoin halving, estimated to occur in May of 2024. By this time, around 94% of all BTC will be mined.  The block reward will then halve again, to 3.125 BTC.

This process will continue until all bitcoins are mined, but note that over 99% of all BTC will be issued by the time of the 7th halving. The final, 33rd halving will see the coin reward reduced to 0.0000,0001 BTC, or a single satoshi. As no smaller unit than 1 satoshi currently exists, the issuance process will then be complete, with 20,999,999.9769 BTC brought into usable existence. 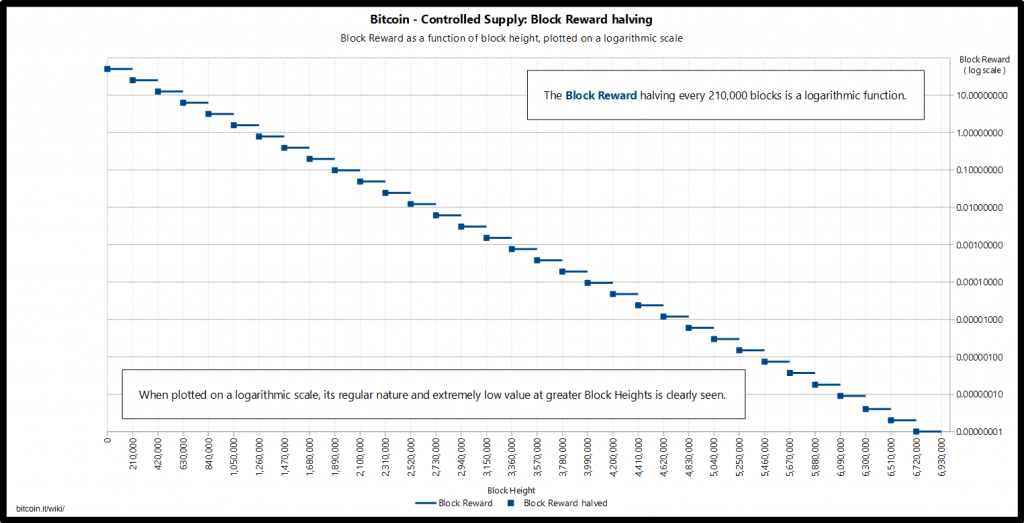 The regular and predictable halving process.

While Bitcoin supply is certainly limited, it’s technically an inflationary currency whilst supply is still expanding at a rate above the amount of coin permanently lost to various failures, disasters or user errors. At a coin reward of 6.25 BTC, bitcoin inflation is currently around 1.78%. This is below the 2% annual inflation target of most central banks. Once Bitcoin becomes deflationary – and assuming an equal level of market demand – the steady loss of coins will make existing coins more valuable.

Furthermore, for Bitcoin’s price just to remain stable implies that miners either hold the new coins they mine or find sufficient demand to buy them at the current price. If price rises over a 24 hour period, this implies real demand exceeding 900 BTC (worth about $30 million at the current price of $33,225). As the daily issuance of new coins decreases due to halvings, price must rise assuming that demand stays constant.

Rising price is what will keep miners mining, once coin rewards become insignificant. At least theoretically, a much higher Bitcoin price means that transaction fees will become sufficiently valuable to replace coin rewards. Indeed, a small number of blocks have already been mined in which transaction fee rewards exceed coin rewards.

Steven Hay is a former trader and gold investor who discovered Bitcoin in late 2012. In 2013, he began writing about Bitcoin and currently writes for Coinmama and 99Bitcoins. Steve also sold art for BTC to better understand the crypto economy. His current focus is on automated Bitcoin arbitrage trading.
All Posts »
PrevPreviousHow to Secure your Bitcoin
NextThe Pros and Cons of Buying Bitcoin with a Bank AccountNext 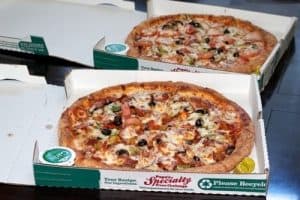 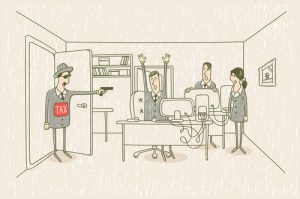 Few people enjoy paying taxes. This is especially true of those libertarians and crypto-anarchists who were some of the earliest adopters of Bitcoin. In their 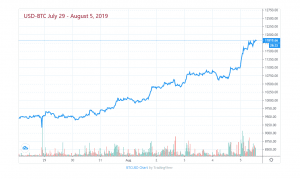 The week ended on an optimistic note after a month of dips to the Bitcoin price. Though BTC hadn’t touched the 11,000 USD mark since