Blog Home › Uncategorised › What the Litecoin Halving Means for You 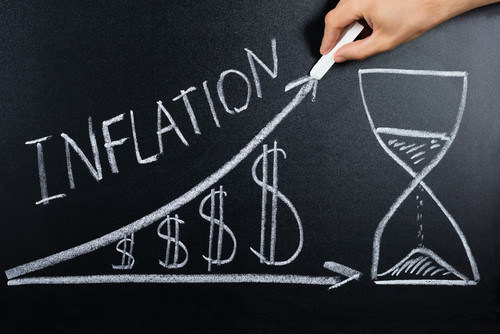 As you probably know, we went through the second Litecoin halving event in August of 2019. In simple terms, what this means is that the amount of Litecoin (LTC) which miners earn for processing transactions was cut in half. Whereas Litecoin miners would previously earn 25 LTC for each block of transactions which they successfully added to Litecoin’s blockchain, they now only earn 12.5 LTC. The next Litecoin halving is expected to occur in 2023 and will bring block rewards down to 6.25 LTC.

Litecoin has now reached the milestone of having almost 80% of its total supply created. A maximum of 84 million LTC will ever be issued and, as of the middle of February 2021, a little over 67 million LTC has already been mined. Litecoin was designed to have four times the total issuance of Bitcoin (which has a maximum supply of 21 million) but only one-fourth of its block time (a 2.5 minute target time between blocks in Litecoin versus a 10 minute target in Bitcoin).

So, those are the basic facts of the matter, but just what do Litecoin halvings mean for you? In this article, we’ll explore the implications of halvings for Litecoin holders, Coinmama clients wanting to buy Litecoin, and anyone else with an interest in this popular and long-lived cryptocurrency. For more general info on Litecoin, check out our recent article, What is Litecoin (LTC)?

Why do Halvings Happen?

You might be wondering why halvings are even necessary. After all, regular currencies don’t reduce their supply over time… In fact, the exact opposite occurs with government (“fiat”) currencies! Over time, more and more of the stuff gets issued – as coins, bills, and electronic digits. As per the economic law of supply and demand, greater supply of any asset must lead to lower prices for that asset, absent any compensatory increase in demand. Expressed more simply, as fiat loses rarity, it also loses value.

We see this “lower price for fiat” most clearly expressed in the phenomenon of inflation, whereby the cost of goods and services rises over time. The effect is generally disguised in the Forex markets, as the value of most fiat currencies is eroding at a roughly equivalent rate. However, every now and again a country will completely lose control over its currency and tip into hyperinflation, as seen in Zimbabwe and Venezuela.

As a keen economic observer, Satoshi Nakomoto designed Bitcoin to have a strictly limited supply of 21 million coins, thus avoiding the pitfalls of inflationary currency. History has shown that inflationary forces lead to an accelerating loss of monetary value, which discourages saving but encourages consumption and malinvestment. Those closest to the source of wealth creation, in other words the financial elite, tend to benefit from inflation at the expense of the average citizen.

Of course, any new currency still needs to be issued and distributed to have any utility. Satoshi’s ingenious solution was to let the protocol itself reward any user who could mathematically prove that they’d mined a block. This mining function is also the means by which transactions are validated and recorded, so it serves the dual purpose of transaction processing and currency issuance. Rather than a central issuer of currency – such as a (central) bank loaning new fiat into existence ex nihilo – crypto miners can create new coins only at a predictable rate and in return for maintaining the healthy functioning of the system.

As Satoshi knew his creation would enjoy little support – and so little value – early on, he designed its mining rewards to be front-loaded. A potential miner was thus incentivized to get in early for the greatest BTC reward. If the new system worked and attained real-world value, directly supporting it by mining during its critical early phase would be generously rewarded. Anyone who got involved in Bitcoin mining during the years 2009 to 2013 deserved this higher level of compensation, due to the crypto’s highly experimental nature and proportionally low value.

Satoshi also surely knew that the longer his creation survived, the more popular and thus valuable it would become. This meant that later miners would still be attracted by lower mining rewards. These rewards could be lower in BTC terms, provided that the coins were also worth more in fiat, as miners have electrical, equipment, and other costs to pay.

Satoshi’s system worked, and so extremely well that it’s been copied by alternative cryptocurrencies, the so-called altcoins. Litecoin was one of the earliest altcoins, released in 2011, and it structured its mining rewards in much the same manner as Bitcoin; an initial reward of 50 coins, halving every four years. As Litecoin was released after Bitcoin, it’s only reached its second halving recently, whereas Bitcoin experienced its third halving in mid-2020.

What Halvings Mean for Litecoin Holders

It would be too simplistic to say that halving means the Litecoin price will go up, as supply is certainly not the only factor in the success of a cryptocurrency. In fact, as markets always anticipate known future events, it’s extremely likely that a Litecoin halving will be already “priced in,” long before it actually occurs.  Of course, the markets may not have arrived at an accurate estimation of Litecoin’s value given a diminished supply, so there may be further price discovery action thereafter.

As for supply, the daily amount of newly-created LTC dropped from 14,400 down to 7,200 after the 2019 halving. While Litecoin miners don’t necessarily sell all the LTC they mine immediately, as some miners may be speculating on price appreciation or accumulating for other reasons, it seems a safe assumption that the bulk of new coins are liquidated to cover mining costs and realize a profit. A lot less supply will, therefore, be reaching the exchanges on which the public buy Litecoin. While large stocks have likely been built up by Litecoin whales, following any halving it’s inevitable that supply would be more constrained.

Assuming the demand for Litecoin remained stable, diminished supply might be expected to drive the price upwards. However, it’s not really possible to predict demand for cryptocurrency with any great accuracy. Demand is based on multiple factors, such as Litecoin’s performance relative to other cryptos, the state of the Litecoin economy and adoption, the implementation of desirable new features into Litecoin’s codebase, and so on. It’s therefore extremely difficult to predict what effect the Litecoin halving will have on price. In fact, due to the bearish crypto market conditions, which persisted from June 2019 until late 2020, Litecoin’s price after halving did not return to levels above $100 until December of 2020. As for other effects of halvings, the average Litecoin user is unlikely to notice any significant change.

What a Halving Means for Litecoin Miners

Increases in the fiat-denominated price of Litecoin aside, miners will experience_ a halving in their income. According to F2Pool, a popular pool which allows for the mining of multiple cryptocurrencies, Litecoin is still profitable to mine, at least for those with low-cost electricity and access to the best ASIC mining equipment. At an electricity rate of 4 cents (US) per kWh, miners with high-end Litecoin ASIC mining equipment are still realizing a daily profit.

While 4 cents is certainly low-cost power, there are certain regions with abundant hydroelectric or other energy sources where power costs are even cheaper. At that rate of 4c, the most efficient Litecoin ASIC miner, the Innosilicon A6+, currently turns a daily profit of nearly $9 (in mid-February of 2021). Profits may be further increased through the merged mining of other coins which share Litecoin’s scrypt algorithm, such as Dogecoin.

In other words, the majority of Litecoin miners, who can be assumed to located in regions with low-cost power and be running the most efficient hardware available, are likely to stay in the game provided that Litecoin’s price remains high enough to gaurantee profit and also assuming that they can continue to access and afford new mining equipment.

Will Litecoin Halvings Affect Other Coins?

During the current market cycle, in which Bitcoin is pre-eminent, it’s unlikely that altcoin events will have much impact on Bitcoin, unless they relate to shared code or infrastructure.

There probably won’t be any direct relationship between the Litecoin halving and other altcoins either; however ripple effects are likely to occur. For example, if a halving motivates more people to buy Litecoin, then its price may rise to a level where a different crypto is more suitable for certain use cases. Alternately, a rising Litecoin price may lead users to switch to it as a superior store of value.

A more likely possibility is that marginally profitable scrypt miners will switch from mining Litecoin to another scrypt coin which is more profitable. As hashrate tends to correlate with price, this could cause the other coin to increase in value as its security rises. In fact, a slide from the peak 400 TH/s level in Litecoin’s hashrate is evident since the halving, with hashrate having only recovered to around the 300 TH/s level by early 2021. If another such dip occurs following the next Litecoin halving, it would be worth trying to identify which coin(s) will most benefit from the influx of former LTC miners.

Steven Hay is a former trader and gold investor who discovered Bitcoin in late 2012. In 2013, he began writing about Bitcoin and currently writes for Coinmama and 99Bitcoins. Steve also sold art for BTC to better understand the crypto economy. His current focus is on automated Bitcoin arbitrage trading.
All Posts »
PrevPreviousThe Best Bitcoin Clothing to Show Off Your BTC Love
Next3 Ways to Buy Bitcoin InstantlyNext

Bitcoin Cash (BCH) is a cryptocurrency which split off from Bitcoin (BTC) in a hard fork event which occurred on the 1st of August, 2017. Bitcoin

If you’re a newcomer to crypto, you probably first heard about Bitcoin (BTC) before discovering that another prominent coin is called Bitcoin Cash (BCH). So