What is Ethereum (ETH)? First and foremost, it’s a cryptocurrency similar to Bitcoin (BTC). However, ETH positions itself as more than just a digital currency or store of value. It’s also “the world computer,” or a globally-accessible platform for distributed computing, and it contains its own built-in currency (ETH or ether), which is used for the same purposes as any other cryptocurrency, but also as “fuel” to run the code. So, not only is ETH used to store, trade, and transfer value, it also provides an environment for a multitude of apps, many of which contain a financial component.

Ethereum features its own native programming language, Solidity, and a sandbox environment for running applications coded in this language, the Ethereum Virtual Machine. Apps running on its blockchain can be accessed at any time by anyone, extending the decentralization of Bitcoin beyond money and into applications, which include everything from games, casinos, and social networks to other cryptocurrencies. 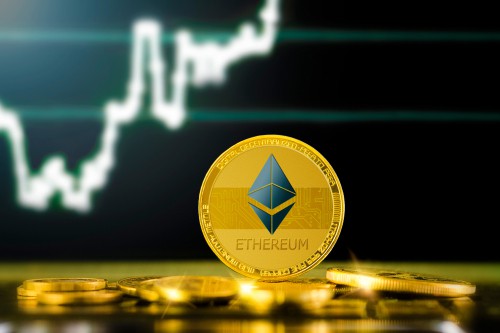 Earning its place as the 2nd most valuable cryptocurrency after Bitcoin by pushing the boundaries of cryptocurrency’s financial possibilities, Ethereum took the concept of “smart contracts,” first introduced in 1997 by Nick Szabo, and ran with it. Essentially, smart contracts are code-based digital contracts, which become enforceable without any costly, biased, or unpredictable central authority (such as the traditional legal system) when linked to a blockchain.

Ethereum allows users to create or execute custom smart contracts. For example, they’ve been used to revolutionize how crowd sales are conducted by introducing the concept of an Initial Coin Offering (ICO), letting startups sell tokens linked to their project to anyone willing to invest. It also allows other cryptocurrencies to piggyback on its blockchain via the ERC20 standard. This greatly simplifies the creation of new tokens and backs them with the full security of the coin’s impressive mining hashrate. 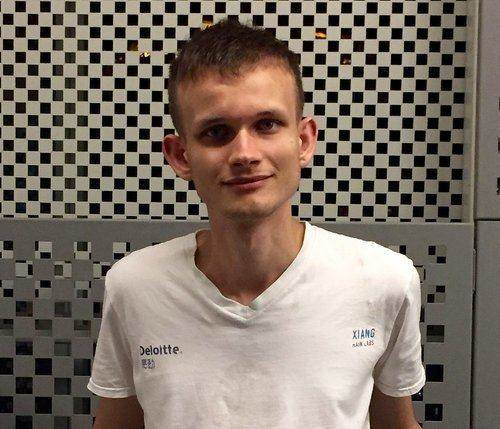 Vitalik Buterin, the inventor of Ethereum.

Vitalik Buterin was involved in cryptocurrency since at least 2011, when he wrote numerous technical articles on the subject for several publications, including Bitcoin Magazine. Noting the development of multiple altcoins which implemented feature sets different to Bitcoin’s own, Vitalik proposed the idea of extending BTC’s scripting language to transform it into a more flexible, programmable platform, which could be used to implement alternate features without the need to create separate projects. However, there was resistance against incorporating this approach into BTC, primarily because it would weaken the system’s overall security by opening up major new attack vectors.

Rather than continuing to push for a change to Bitcoin’s code, Vitalik proposed Ethereum as the means to implement his solution. In November of 2013, he released a white paper, “A Next-Generation Smart Contract and Decentralized Application Platform,” which gives a detailed and technical answer to the question, “what is Ethereum?” In 2014, Vitalik began the work to implement this system in code, in collaboration with other developers, such as Gavin Wood, Joseph Lubin, and Jeffrey Wilcke.

The coin’s development was sold in an early example of an ICO (before the term was coined), when people were able to buy Ethereum for BTC between July and August of 2014 in a pre-sale. About $18 million was raised by selling 60 million ETH for about 31,000 BTC. The crowd sale established the initial ETH price at roughly $0.30 cents, based on the Bitcoin price at the time. However, Bitcoin’s price crashed not long after, which greatly reduced the project’s available funding.

The currency was launched with 72 million ETH pre-mined—60 million from the crowdsale, and an additional 12 million being held by the Ethereum Foundation, and awarded or sold at the ICO price to early contributors. The current circulating supply of ETH is roughly 107 million, the additional 35 million ETH having been created through Proof of Work mining.

Whereas more recent ICOs have fallen afoul of the laws governing the offering of securities—or at least fallen under their jurisdiction in several countries—the Securities Exchange Commission of the United States announced in mid-2018 that Ethereum’s crowdsale is not subject to securities laws.

In April of 2016, an Ethereum smart contract known as The DAO was created as an investment platform for crypto startups, with investment decisions determined by user consensus. The DAO proved highly popular and went on to raise about $150 million in value, pulling in around 14% of all ETH then in circulation. Unfortunately, the project’s smart contract code was technically flawed, which led to roughly $50 million being drained by a hacker.

The Foundation responded to the incident by rolling back Ethereum’s blockchain to reverse the theft. Not everyone agreed with this course of action, and so a minority of the ETH community stuck with the old blockchain, on which the stolen funds were not reallocated. This old chain is now the basis of a separate project, known as Ethereum Classic (ETC).

In terms of storing value or making payments, Ethereum works much like other cryptocurrencies. It uses a blockchain to record the state of user accounts, which are controlled by private keys. New blocks are added (or “chained”) to this record on an ongoing basis by miners, who receive a monetary incentive (paid in newly-minted ETH) for their contributions.

As for executing smart contract code, you may have heard it said that Ethereum is Turing complete. This means that it’s a native programming language, Solidity, is able to operate in the same general way as regular coding languages, like Java (to which Solidity bears no small resemblance). This is different from Bitcoin’s smart contract language, which is intentionally limited to simple functions.

One downside of Turing completeness is the possibility of introducing loops, or repeating calculations. Code execution is kept within manageable limits by having a cost, determined by the current allocation of resources across the network, and paid in ETH. This prevents infinite loops and spam from locking up or degrading the network by imposing an economic cost on all calculations performed. In other words, you’ll need some ETH to interact with any smart contracts, which includes sending ETH between accounts.

To buy Ethereum, you’ll first need a wallet that supports it. It’s important to note that each cryptocurrency operates on its own blockchain, and therefore uses its own system of wallets. We recommend that you only install an open source and well-known Ethereum wallet, as listed here.  Unknown or untested crypto wallet downloads from the net or app stores have been known to contain coin-stealing malware, so exercise caution and always carefully research your wallet choice.

The Ethereum price reached a peak of nearly $1,600 during the late 2017 / early 2018 crypto bull market. In fact, the ICO craze it sparked and largely contained within its blockchain had a lot to do with that rally. During 2018, it became apparent that the apparent value of ICOs was greatly exaggerated. The vast majority of ICO projects failed to perform as promised or turned out to be scams, causing the coin’s price to fall to a low of $80 during 2018 as the market re-priced risk and reward across crypto markets. During 2019, the Ethereum price recovered to a high of $363, a price last seen in August of 2018. Whereas Ethereum held slightly over 30% of the entire value of the crypto space during July of 2017, its current share of the total crypto market cap (a stat commonly referred to as “dominance”) is currently just below 9%. While the value of most altcoins has declined relative to Bitcoin, Ethereum has fallen particularly hard. This is chiefly a result of the demand for ICOs having dried up, due to their generally poor performance and increasing regulatory scrutiny and limitations.

Another factor in the loss of market share is the resolution of the Bitcoin scaling debate. In 2017, it was unclear whether Bitcoin could successfully scale to accommodate more transactional volume. Ethereum and other altcoins benefitted from such doubts in Bitcoin’s future capacity, but ultimately it was shown that Bitcoin could scale via SegWit, Lightning, and other upgrades.

We hope this has helped to answer the question of “what is Ethereum.” As to whether or not it’s a good time to buy Ethereum, the answer would seem to lie either in the growth of ETH, or in Bitcoin’s price performance going forward, as BTC is clearly leading the crypto market at this stage.

Steven Hay is a former trader and gold investor who discovered Bitcoin in late 2012. In 2013, he began writing about Bitcoin and currently writes for Coinmama and 99Bitcoins. Steve also sold art for BTC to better understand the crypto economy. His current focus is on automated Bitcoin arbitrage trading.
All Posts »
PrevPrevious6 Bitcoin Trading Tips for Beginners
NextWhat is Ripple (XRP)?Next

On September 29th of 2017, a new distributed ledger system called Cardano was launched, with its native token designated as ADA. Many cryptocurrency investors have How to buy Cardano (ADA Coin) with Coinmama

If you’re diversifying your cryptocurrency portfolio, you might be wondering how to buy Cardano (ADA coin). Yesterday we took a look beyond Bitcoin at how to 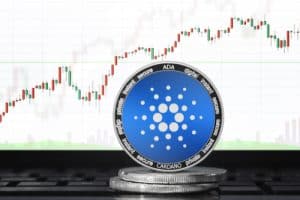 Here at Coinmama, we recognised the potential of an exciting new cryptocurrency back in late 2017, so added it to our lineup of purchasable cryptocurrencies