Bitcoin Cash (BCH) is a cryptocurrency which split off from Bitcoin (BTC) in a hard fork event which occurred on the 1st of August, 2017. Bitcoin Cash diverged from Bitcoin due to irreconcilable differences of opinion regarding Bitcoin’s approach to scaling. Bitcoin Cash proponents strongly favor on-chain scaling through the increase of block sizes.

Bitcoin Cash has been attracting attention during the first weekend of November, when it climbed rapidly on strong volume. This was notable for occurring in an otherwise mostly-stagnant crypto market. While we don’t claim to know the reasons behind Bitcoin Cash’s volatility, many speculate that the price rise is driven by two major factors: BCH’s impending hard fork plus the announcement by some major exchanges that they’ll support both sides of this fork.

Bitcoin Cash is on the verge of a hard fork, which is scheduled to occur on the 15th of November 2018. On this date, Bitcoin Cash will split into two: the original Bitcoin Cash ABC and the new Bitcoin Cash SV (which stands for “Satoshi’s Vision”). BCH holders will retain their BCH coins and receive SV coins in 1:1 proportion.  As with the BTC / BCH fork, the upcoming ABC / SV split is motivated by different visions for the future of Bitcoin Cash development.

Bitcoin SV is the project of Craig Steven Wright, the Australian man who claimed to be Satoshi Nakomoto. It is backed by Canadian businessman, Calvin Ayre, who owns the CoinGeek mining pool and crypto news site.

Bitcoin ABC has the backing of Jihan Wu, the CEO of major Chinese miner, Bitmain, as well as French developer, Amaury Sechet (aka “Deadal Nix”), who is the current Bitcoin Cash lead developer.

Amaury is known for his Rubik’s Cube skills and Jihan for his sharp business practices.

As for the Bitcoin Cash miners, their hashpower will play a decisive role in determining which side of the fork becomes the official Bitcoin Cash. At the time of writing (the 4th of November), it appears that the ABC and SV-supporting miners have roughly equal hashrates: 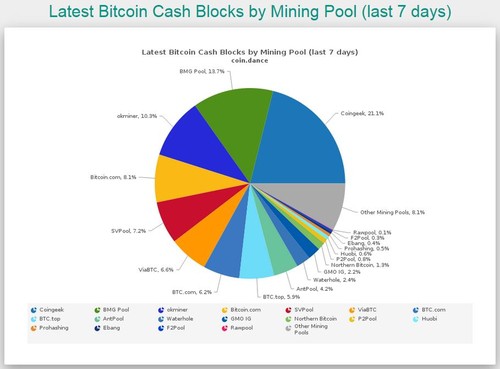 CoinGeek, BMG pool, okminer (from 11 to 3 o’clock on the above pie chart), and SVPool are all considered SV supporters. Their combined hashrate currently forms a majority, at around 52.3%. However, Bitmain has a great deal of hashpower currently directed towards mining Bitcoin, which it could potentially retarget into Bitcoin Cash. This is possible as both coins, BTC and BCH, share the same SHA-256 hashing algorithm.

Forks are Risky, so why is the Bitcoin Cash Price Spiking?

It’s undeniable that a contentious hard fork of this kind introduces a lot of unpredictability and risk. The result may be two mutually hostile groups, which attack each other across multiple fronts. Indeed, we’ve already seen such hostility between the supporters of Bitcoin and Bitcoin Cash, although attacks have been largely constrained to propaganda efforts and fairly low-impact technical “tests.”

There exists some degree of underlying cooperation between BTC and BCH however. Developers from both camps have alerted their “opponents” to serious vulnerabilities in each other’s code (see here and here), rather than exploiting such vulnerabilities in a malicious manner.

Furthermore, miners committed to either BTC or BCH have not conducted any significant mining attacks on their opponent’s blockchain. It remains to be seen whether such a level of gentlemanly restraint will exist between ABC and SV. Neither ABC nor SV will implement replay protection, so there’s also a strong possibility of replay attacks occurring.

It’s impossible to predict how messy or nasty the BCH split will become. This unpredictable situation presents a considerable degree of risk. However, given the recent 10% rise in the price of BCH, it would appear that market participants are discounting such risk. Instead, they appear to be motivated by greed, specifically the prospect of getting free Bitcoin SV.

How will the Fork Play Out?

Honestly, we have no idea! It seems likely that one side will achieve price and hashrate dominance. We don’t know when that will occur and we don’t favor either side.

We advise all Bitcoin Cash holders to educate themselves on the potential risks and to take all necessary precautions. Be aware that many exchanges and services will suspend all Bitcoin Cash transactions around the time of the fork.

Steven Hay is a former trader and gold investor who discovered Bitcoin in late 2012. In 2013, he began writing about Bitcoin and currently writes for Coinmama and 99Bitcoins. Steve also sold art for BTC to better understand the crypto economy. His current focus is on automated Bitcoin arbitrage trading.
All Posts »
PrevPreviousThe Best Bitcoin Documentaries
NextBitcoin: the Future of Money?Next 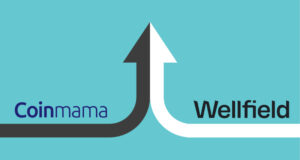 Coinmama and Wellfield come together in shaping the future of finance

“When Coinmama was founded in 2013, our goal was to introduce the world to Bitcoin and to make it effortless to buy and own.” Laurence

On September 29th of 2017, a new distributed ledger system called Cardano was launched, with its native token designated as ADA. Many cryptocurrency investors have