It’s mesmerizing to see how quickly progress gets made in the crypto space. After struggling with mainstream acceptance for so many years, cryptocurrencies have burst onto the scene of late with increased adoptions from individuals, businesses, and even governments. The recent announcement from Nayib Bukele, the president of El Salvador, that he plans to recognize Bitcoin as legal tender in his country could elevate Bitcoin and crypto to the level of reserve currency. It’s a significant step forward for the crypto community and just another example of how the future of cryptocurrency is changing the face of the world.

Looking to the future of cryptocurrency can help reveal just how extraordinary their transformative potential is.

Crypto is digital money and is ideal for instantly sending to anyone in the world, making it the perfect vehicle for remittance. This huge industry is expected to reach $930 billion by 2026, according to ResearchAndMarkets.com’s report. That’s a whole lot of money sent back to the developing world every year as ex-pats from countries like El Salvador rely on remittance to send money home and support their families. Remittance payments count for 20% of El Salvador’s GDP. At the same time, remittance fees take a huge chunk of the hard-earned money of those trying to make a better life for themselves.

Blockchain can make remittance more efficient and more secure by eliminating all the intermediaries that take a cut of the money and allowing citizens to transfer directly into the wallet of their loved ones.

The potential for creating a better world through the blockchain is not limited to the financial sector alone. Blockchain is already providing new ways for artists to control and sell their work, and it’s indeed opening up new opportunities for the creative industries as a whole. What’s more, blockchain technology can support the creation of transparent and innovative ways of crowdfunding creative projects, and the creative industries are already starting to see the benefits of this.

Non-fungible tokens, or NFTs, have exploded in popularity of late as millions have rushed to collect these digital works of art built on blockchain. These NFTs effectively create a ‘digital watermark’ that creators can append to their art, logos, images, and multimedia files. As programmable money, cryptocurrencies can also be used to reward creators directly for their works, bypassing the YouTubes, Patreons, and all other media platforms of the world.

Creators are not the only ones that stand to gain from a creator economy based on blockchain. Instead of receiving nothing in exchange for sharing their data and consuming content, users can also get rewarded for their attention and information.

A DAO functions as a collective by using smart contracts and blockchain technology to run itself without any centralized control. DAOs upend the traditional model of a company by motivating its participants to contribute their talents and resources for the greater economic good of the community.

Currently, DAOs are most popular amongst decentralized finance (DeFi) projects such as Uniswap, Aave, and Compound. In these cases, the protocol token gives token holders a right to make proposals and vote them into existence. Proposals can include code changes to the protocol, roles, and responsibilities in the governance process and even allocating funds.

DAOs could eventually supplant corporate structures and have a massive impact on the future of work. Instead of working at a single company, people could become members of several DAOs that appeal to them and get compensated for their contributions to each DAO. Moving away from the top-down structure of companies to a more horizontal, free-flowing formation could help unlock creativity and autonomy. Furthermore, the fact that smart contacts operate DAOs means that they can accept contributions from people worldwide who don’t need to trust or even know each other to cooperate.

The future of cryptocurrency is community-controlled and autonomous.

Let’s set the scene. The year is 2025, and you’re hosting a big meal for your friends, but unfortunately, the fridge is empty. However, not to worry because this fridge is smart and knows that it needs to order whatever food items are missing for your party. The fridge quickly scans itself and compiles a list of missing items to order before sending the list to you for quick approval. Once you approve, the fridge places and pays for the order with a balance of tokens already preloaded onto it.

If this sounds too far-fetched, consider how quickly all our devices have become ‘smart,’ and you’ll realize how fast innovation is moving in the Internet of Things (IoT) space. IoT refers to any device connected to the internet and has data-processing capabilities, sort of like our smart fridge in the example. In the future of cryptocurrency, not only humans but also machines will use cryptocurrencies to buy goods and services.

With IoT becoming more ever-present in our lives, there is a need for machines to communicate value, and that is where cryptocurrencies come in. Another critical use case for blockchain technology is to provide decentralized security and trust to IoT devices and transactions. Blockchain technology will be instrumental in the secure transfer of data.

Undoubtedly, one of the biggest success stories of the last two years has been the growth of decentralized finance (DeFi.) After first surpassing $1 billion slightly over a year ago, DeFi exploded into a sector with over $80 billion worth of tokens locked up in various lending, derivatives, and decentralized exchanges (DEX) applications.

Devi’s main value proposition is inclusion, as it gives many people an opportunity to participate in capital markets for the first time. By remaking financial services on open protocols, DeFi is expanding the pool of capital available and transforming a financial system that is both sleeker and fairer.

While DeFi may seem like it’s out to beat Wall Street at its own game, synergies between the old and new worlds of finance could be advantageous to both. Banks and brokerages can take a page out of Devi’s book and incentivize greater financial participation by giving their customers access to new investment streams and products. For example, Wall Street companies can allow their customers to lend directly to one another, with smart contracts facilitating the entire interaction.

In traditional markets, smart agents capable of orchestrating split-second trades at scale have long since replaced the bulk of human trading. The future of cryptocurrency calls for a collaboration of these smart agents based on smart contract technology.

Coined by Neal Stephenson in his 1992 science fiction novel “Snow Crash,” the metaverse describes a shared reality that contains all known information about the physical and virtual worlds. Almost three decades later, Stephenson’s theory is actualizing itself thanks to the rise of the internet, virtual reality, and blockchain. 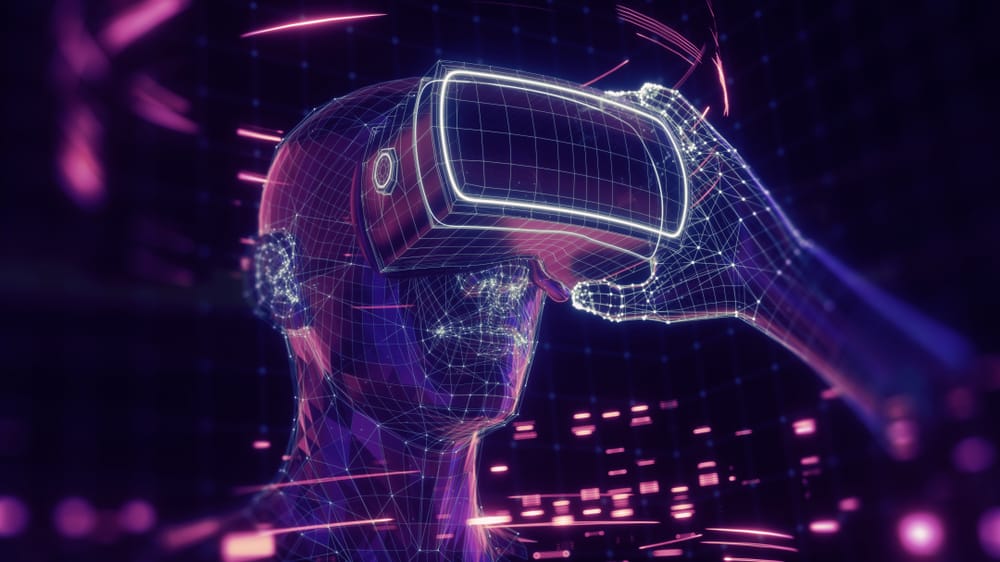 With their big user bases, intricate gameplay experience, and user-generated content, role-playing games like Fortnite and Minecraft are growing components of the metaverse. While both games allow users to purchase in-game items, they cannot sell those items on open marketplaces or transfer them across games in the metaverse. One can’t imagine the rise of the metaverse without tying it directly to the future of crypotcurrency.

Cryptocurrencies can dominate the metaverse by allowing players in any gaming universe to buy weapons, skins, and enhancements. Furthermore, the in-game items themselves can be represented as NFTs, allowing them to be transported freely across the metaverse.

The Future of Cryptocurrency Is Now

Technologists use the concept of ‘the singularity to describe a point in time where technological growth becomes so quick that we can’t control it, resulting in massive shifts in the way we live our lives. It’s the point at which man and machine merge. Many will argue that the singularity is near, pointing to the exponential rate at which our computers are becoming faster and the explosion in data that they are generating.

As we move closer towards the point of singularity, the role of cryptocurrencies will only continue to grow. Jack Dorsey, CEO of Twitter, put it best when he said that the internet requires a reserve currency, most likely Bitcoin. Ethereum, DeFi tokens, NFTs, and other blockchain tokens could all have a role to play in the futuristic landscape as well.

If you’re reading these lines, you’ve arrived at the future earlier than most, an excellent opportunity indeed.

Laurence, Co-founder of Coinmama, is a serial-entrepreneur, who has been involved with Bitcoin since 2013. After struggling to buy Bitcoin himself, he set out on a mission to make the process of buying Bitcoin an easy one for all, and so Coinmama was born.
All Posts »
PrevPreviousBuy Bitcoin with Google Pay on Coinmama!
NextThe Best Books on Cryptocurrency You Should ReadNext 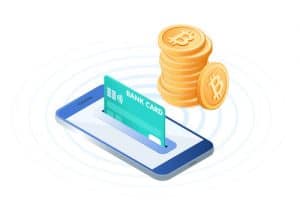 After a quiet winter, Bitcoin is once again on fire. It briefly skimmed the $9000 mark last week, and has spent most of the past