Should I Buy Litecoin?

If you ask yourself “should i buy Litecoin?” – you should know that there are lots of cryptocurrencies but only a handful of them have made a dent in the $390 billion dollar digital asset economy. One specific currency Litecoin (LTC) has been around for years and has remained a top ten contender since its creation. Litecoin is currently the sixth largest cryptocurrency market capitalization and its circulating supply of 56 million LTC holds a $7.9 billion dollar valuation. 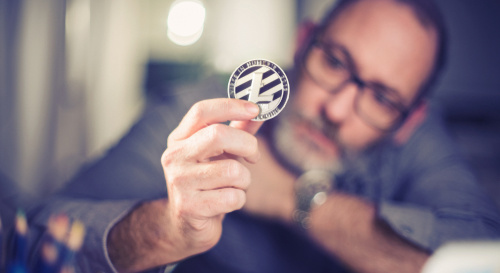 The Silver to Bitcoin’s Gold: Litecoin

The Litecoin network has been around for quite some time since it was introduced on October 13, 2011. Litecoin was developed by the programmer Charlie Lee a former Google employee who released the protocol’s source code six days before the network launched. The decentralized currency LTC’s codebase is framed similarly to the Bitcoin (BTC) client as there is no central authority in charge of issuing coins or transfers between users. Many people believe Litecoin is a great investment for many reasons and it has a lot to do with the digital assets’ reputation and security. LTC has been dubbed the “silver to bitcoin’s gold” by its creator Charlie Lee and other proponents.

A lot of people like how fast LTC is compared to other digital currencies like Bitcoin. This is because blocks are processed every 2.5 minutes as opposed to BTC’s 10-minute block intervals. This means your transaction should process faster using the Litecoin network. Network fees are also extremely cheap using the LTC chain as it currently costs only $0.03 cents per transaction compared to the Bitcoin network’s $1.44 per transaction. Three cents compared to over a dollar and 2.5 minute block times means LTC users can move money far faster and cheaper on the LTC chain. Litecoin has numerous wallets that can be download for operating systems such as Windows, Mac, Linux, Android, iOS, Blackberry, Electrum, Litevault, and Liteaddress.

A Top Ten Contender Since 2011

As far as market dominance Litecoin has been a contender for a while now gaining quite a bit in value. For instance, in May 2013 the cryptocurrency was the second largest market capitalization and one LTC was around $3.53 per coin. In December 2013, the currency was over $40 per coin rising right behind bitcoin’s first bullish run. Over the last year, Litecoin has gained over $114 USD in value and 445 percent as the currency averages $140 per LTC at the time of writing. Out of all the cryptocurrencies recorded on Coinmarketcap’s historical index of prices, Litecoin is the only digital asset that has remained in the top ten since inception. Meanwhile, as the price has done exceptionally well over the past few months there are tons of merchants who accept Litecoin so you can spend your LTC at many businesses worldwide.

Many Crypto-Investors Enjoy the Benefits of Litecoin

Litecoin is believed to be a great investment for multiple reasons explained above. It is faster and cheaper than median bitcoin transaction costs and there are more coins available for liquidity. Additionally, the currency is also considered ‘Bitcoin’s silver’ because it has one of the largest mining hash rates out of all the coins in existence, which means the network is kept very secure like the BTC chain. The cryptocurrency has an extremely tremendous community alongside the Litecoin Foundation which is responsible for aiding in the advancement, acceptance and general improvement of Litecoin.” Development is constantly happening as well as the Litecoin network has improved the protocol by adding features like Segregated Witness.

Further, the cryptocurrency has been a dominating force since inception and has gained quite a bit of value if you purchased it years ago or just twelve months ago. Many individuals and institutional clients believe Litecoin is a great cryptocurrency and offers many advantages to an investor’s portfolio.

Here at Coinmama.com, you can purchase Litecoin instantly with your credit or debit card.