Blog Home › Bitcoin news › Have you paid your Bitcoin taxes yet? If you buy cryptocurrency regularly—or even if you’ve bought it in the past—you may have been in for a rude awakening this weekend when news broke that the IRS, that is the United States’ tax collecting body, is sending letters to 10,000 people reminding them that Bitcoin taxes are a thing that exists.

That’s right: much to the dismay of Bitcoin enthusiasts across the US, if you buy Bitcoin, those coins are not just free hidden money, but rather an asset that needs to be declared. Coinmama covered the subject of cryptocurrency taxes in various jurisdictions earlier this year, but now seems like a good time for a gentle reminder to get thee to an accountant.

What exactly is the IRS’s position on Bitcoin taxes?

The Internal Revenue Service treats digital currencies as property. If you need a frame of reference, that’s also how it classifies stocks, so it makes sense that cryptocurrency falls under the same category. Practically speaking, what that means is that if you buy cryptocurrency, you’ll have to pay long-term capital gains on it when you sell, assuming you hold onto it for more than a year. That’s easy enough to understand if you’re a HODLer. But what if you’re buying and selling crypto regularly in order to try to work the volatility of the Bitcoin market? Those are short-term gains (and losses), and are taxed like your income. Add them up, declare them, and you’re ready to go. (Ok, ok, it’s a bit more complicated than that, which is why if you need to pay Bitcoin taxes, we recommend seeing your accountant.) The bottom line is that holding onto your crypto for the long run definitely makes your tax situation easier—you’ll also likely pay a lower tax rate if you hold onto your coins for longer than a year—but no matter when you sell, if you buy Bitcoin you’re going to be taxed on it.

It’s not totally clear, and the IRS isn’t talking. In March of last year, cryptocurrency exchange Coinbase had to turn over a bunch of their records to the IRS under federal order—information on users who had transacted more than 20,000 USD in cryptocurrency—so it’s probably safe to assume that the information on at least some of these 10,000 taxpayers is coming from there. But it’s also important to remember that, just like Bitcoin isn’t free hidden money when you buy cryptocurrency, it also isn’t free hidden money when you earn it. If your employer pays you in cryptocurrency, they’re likely declaring your income, which means you should too. And with more than one version of the letter being sent, it’s possible that the information the IRS has also come from employers. Regardless of where they got their information, it’s always better to get ahead of the game and declare before the IRS starts sending letters your way.

Do cryptocurrency taxes exist in other countries?

The short answer is yes. Every country has its own position on cryptocurrency, but one thing you can pretty much count on is that if you buy Bitcoin, you’re probably going to be taxed on it at some point, no matter where you live. The frustrating thing for many Bitcoin investors is that because cryptocurrency is so new, the laws surrounding it still haven’t been completely sorted out. That means that often you’ll find yourself in breach of a tax act you’re not even aware of. While we can layout the basics, Coinmama is certainly not an authority on cryptocurrency taxes. What we can advise is that if you plan to buy cryptocurrency, you speak with an accountant and make sure you have all of your ducks (and paperwork) in a row.

Nimrod, a long-time crypto enthusiast, is the founder of Israel’s first bitcoin ATM company and Coinmama where he runs the Operations. When he’s not making ends meet, you’ll likely find him doing some kind of extreme sport.
All Posts »
PrevPreviousWhat is Bitcoin Cash (BCH)?
NextHodl or Spend: Can Bitcoin Survive Without Both?Next 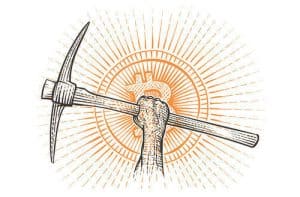 In our previous article, we discussed the taxation in both general and international terms. That article is recommended reading for UK residents, as it touches upon 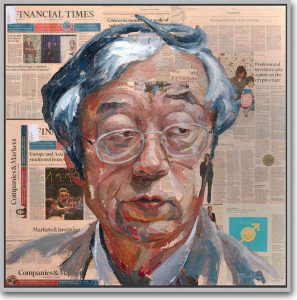