Blog Home › Bitcoin news › Mining vs. Buying Bitcoin: Which Is Better For You?

One of the major mental blocks newcomers face when entering the Bitcoin space is the concept of ‘unit bias.’ When we talk about unit bias, we refer to the preference that people have for owning a complete unit of something like Bitcoin. Since many newcomers can’t afford to buy a whole Bitcoin, their unit bias pushes them away from buying any Bitcoin at all. Instead, they look to mine Bitcoin, believing it to be a quicker way to accumulate a whole coin. If you’re unfamiliar with Bitcoin mining, make sure to check out our Bitcoin mining explainer.

Mining Bitcoin may be a good move if you have access to cheap electricity and cooling systems. Read all about the top 6 countries for Bitcoin mining.

There are two main ways to mine Bitcoin. Either you can mine Bitcoin solo or join a Bitcoin mining pool. Mining pools bring together Bitcoin miners worldwide, aggregating their hash power so that they stand a better chance of collectively mining blocks. While the Bitcoin network pays you probabilistically for your hash power, pools charge a fee in exchange for guaranteeing you fixed earnings based on your hash power contribution. For users with less hash power, joining a pool is often preferable to mining on their own.

To calculate your chances of mining a Bitcoin block solo, take the total network hash rate and divide it by the hash rate available to you. That number tells you how many blocks will occur before you get one (on average). Currently, there are 150 million Terrahashes worth of hash power securing the Bitcoin Network. Meanwhile, the top-of-the-line machines produce 110TH. If you mine solo with a single machine, you’ll have to wait on average 9,000 days before you mine a block.

Clearly, the only viable option for hobbyist Bitcoin miners is to join a mining pool. Bear that in mind as we explore the top-of-range Bitcoin miners available.

When evaluating the various Bitcoin mining hardware options, the two main factors to take into account are the hash rate each machine can achieve, and the amount of energy it consumes to do so. The higher the hash rate of a machine, the larger your share of the overall mining pool and the greater your earning. Power consumption has the opposite effect on profitability since the less energy your machine consumes, the cheaper your electricity bill.

If we look at the top two miners by hash rate on the market right now, we’ll notice that not much separates the two. Whereas the MicroBT Whatsminer has slightly more hash power, the Bitmain Antminer uses slightly less electricity. The Antminer is more expensive. However, the prices of Bitcoin miners can fluctuate because they tend to sell out quickly.

And how much can you make? We turned to two leading mining calculators to help simulate potential earnings with these two machines, NiceHash and Cryptocompare.

Whichever way you look at it, you’ll need to operate your Antminer S19 Pro for at least nineteen months to recoup the initial investment of buying the machine. By that time, the hash rate powering Bitcoin will likely have increased, favoring newer machines with faster processing speeds. For context, the total hash rate in the Bitcoin network has increased by 60% in the last nineteen months.

To recap, we’ve shown that a single top-of-the-range miner will take twenty-five years on average before finding a block and earning a reward. That same miner can instead join a mining pool, but it’ll have to mine Bitcoin for many months to recoup the initial capital outlay. By that time, the machine will probably be outdated and unable to compete with the newer machines.

Check Your Bias and Buy Satoshi!

Acknowledging the irrationality of the ‘unit bias’ to own a full Bitcoin is the first step to overcoming this constraint. Just as a journey of a thousand miles starts with one step, the journey to owning 1 Bitcoin and becoming a wholecoiner starts with buying a few Satoshis. Each Satoshi is worth 1/100 million Bitcoin, making it the smallest unit we can divide a single Bitcoin into. Bitcoin is the hardest money known to man, and therefore even its micro-units have value.

Next time you hear the refrain ‘but Bitcoin is too expensive, it’s not for me’ make sure to let your conversation partner know that stacking Satoshis is for everyone! Indeed, just $100 can buy you over 200,000 Satoshis. Now that’s a lot of units.

What are you waiting for? Start stacking your sats today.

Dudu Azaraf is the Content & Affiliate Manager at Coinmama and has led marketing efforts across numerous blockchain companies. Having a background in analytics and a passion for simplifying complicated systems, Dudu's focus is to help bridge the gap between complexities of Bitcoin and its expanding mainstream audience.
All Posts »
PrevPreviousA Definitive Guide to Wrapped Bitcoin and DeFi (2021)
NextWhere to Buy Dogecoin? On Coinmama!Next 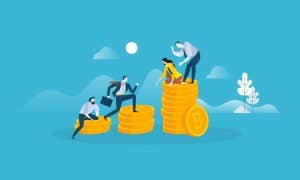 How to Cash Out Your Bitcoin with Lower Fees!

During these times of uncertainty, Coinmama wants you to know that we’re still here for you. Coinmama makes it easy to transfer Bitcoin for cash in just a few simple steps. 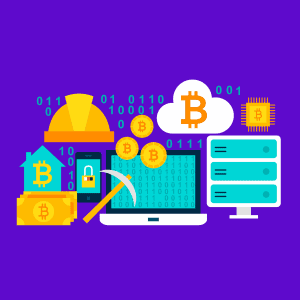 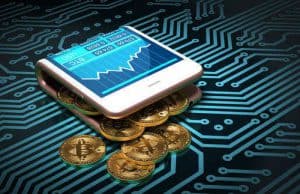 Storing your coins properly is one of the most important when you buy Bitcoin. We take a look at 4 Bitcoin wallets that are killing it in 2019.