Since its meteoric rise in 2017, it has become mainstream to buy Bitcoin as an investment. After all, it’s hard to ignore the stories of Bitcoin millionaires—people who made a relatively small Bitcoin investment in the cryptocurrency’s early days, and then found themselves sitting on a goldmine when the price rose to 20,000 USD. Even a 1000 USD Bitcoin investment in 2011 would have yielded 20,000,000 USD in 2017. If you were smart enough to buy Bitcoin a year earlier, you could have cashed out with 250,000,000 USD. Too bad hindsight is 20/20.

But just as there are stories of Bitcoin millionaires, there are also stories of the Bitcoin millionaires that never were: the people who lost their private keys—that is, the password to their wallet—or whose fortune disappeared to hackers. (The Big Bang Theory even ran an episode on a lost Bitcoin wallet, and by the time it aired, the price had doubled from what was written in the show.) Of course investments are risky no matter what they’re in. But protecting your Bitcoin investment comes with its own set of rules.

At Coinmama, we do everything we can to make sure investing in Bitcoin is safe and easy, from having a thorough account verification process in place, to making sure you stay in control of your own funds. And not just Bitcoin—cryptocurrencies may be virtual, but they’re a real investment, and no matter which coins you invest in, it’s important to stay safe when you buy cryptocurrency. But as the Bitcoin price rises once again, aching to reach 10,000 USD, how do you stay safe when you buy Bitcoin online? And how do you keep your Bitcoin safe once you’ve bought it? Here are 4 tips to get you started.

The key to a smart Bitcoin investment is to know what you’re investing in. Understanding how something works is the best way to know that it has stopped working. Before you buy cryptocurrency, take some time to read about how crypto works, how purchases and trades are confirmed on the Blockchain, and how and where you can use crypto.

Once you’ve gotten the hang of crypto itself, it’s time to research the individual services you want to use. Understand the various methods that exist to buy Bitcoin—whether you buy Bitcoin online, at a Bitcoin ATM, or in a peer-to-peer trade. Once you’ve chosen the best method for you, research which providers are out there: read reviews about safety, speed, and ease of use. If you’re a cryptocurrency newbie, consider using a platform that makes buying as easy as possible. Coinmama, for example, makes it as easy to buy cryptocurrency online as it is to shop online. Finding a reputable service isn’t your only task. You’ll also want to research the various wallets that are available for use and to explore what your options are to sell Bitcoin once you’re ready to cash out.

Remember, if you’re buying Bitcoin as an investment, you should treat it as such. You wouldn’t buy a car, a house, or even sign up for a phone plan without researching first; you should think of buying cryptocurrency in the same way.

2. Use more than one wallet

Just like it’s often a smart strategy to spread out your investments over various stocks, the same can be said for choosing a cryptocurrency wallet. After all, if one is hacked or fails, or if you lose the password to it, you lose only a portion of your investment.

But before choosing the right wallet(s) for you, first let’s understand them. Bitcoin was created as a decentralized peer-to-peer currency, meaning it isn’t controlled by a central bank or entity; instead it’s controlled by its users. On the one hand, this means greater economic power and freedom. But the other side of that (bit)coin, is that with great power comes great responsibility. Unlike storing your money in a bank, which takes responsibility for your funds and in many countries is insured, when you buy Bitcoin, the responsibility for properly securing your funds is on you. That means choosing a wallet and protecting its password (more on that later).

A cryptocurrency wallet is like a cross between a bank account and mailbox for your coins. It’s where you can access, transfer, send, and receive coins, and where you can see a record of your transactions. Some wallets support many different cryptocurrencies, while others support just one, so always make sure you use a wallet that supports your coin when you buy cryptocurrency online, otherwise the coins may get lost in crypto space.

There are many types of wallets. Some live online, some as apps on your phone, others on paper, on thumb drives, or downloaded onto your computer. Hot wallets, which are wallets that live online or as apps, tend to be better for quick trades or fast access to your funds. They’re great if you want to see where your investment stands with the click of a button, or sell Bitcoin from your morning commute. But by nature of being online, hot wallets are also more susceptible to hacking, and unlike the aforementioned banks, they’re rarely insured. In other words, if someone accesses your funds, your investment may disappear for good.

Cold wallets, on the other hand, are much safer from hacking and theft. That’s because they’re very rarely online, living either on a thumb drive, or on paper. Because they aren’t connected to the internet, they’re also harder to access when you want to check your investment or buy Bitcoin. They’re better for storing large amounts of cryptocurrency that you don’t plan to touch for a while. But if that sounds simple enough, especially when considering a long-term investment, the downside of cold wallets is that you rely on their physical presence. If you lose your wallet, then like the characters of the Big Bang Theory, you’ve probably lost your investment.

Spreading your Bitcoin investment out over several wallets may help in the case of hacking or loss. Of course, it also means you’re responsible for knowing the whereabouts and passwords for more than one wallet, so the balance is delicate. No matter what you choose, remember: always do your research.

3. Protect your private keys… and always have a backup

What’s protecting your wallet and your Bitcoin investment? Cryptocurrency wallets are secured through private keys. Each wallet has a public key, or address, which is what you use to receive money. For example, if you buy Bitcoin online with Coinmama, you’ll be asked to enter your wallet address—that’s the public key, and it’s also what appears on the Blockchain showing your transaction. But how do you access your funds when you want them? You do that with your private keys. Private keys are a long string of letters and numbers that serve as the password to your wallet. You’ll need them if you ever decide to cash out.

Unfortunately, as many Bitcoin buyers have learned the hard way, private keys can get lost. And when that happens, there’s very little that can be done to retrieve them. Sometimes they’re backed up by a pass code consisting of a string of words which can be used to retrieve them. But chances are, if you’ve lost your private keys, you’ve also lost your Bitcoin investment.

Just as important as not losing your private keys is keeping them private. The world of cryptocurrency is rife with fraud, and con artists are often looking to take advantage of people who don’t understand how Bitcoin works. Some scam artists offer to set up a wallet for you, or to trade on your behalf. This should set off huge alarm bells. Always set up your own wallet so that you know you have your private keys, and treat your private keys as you would the password to your bank account. After all, anyone who has your private keys, can very easily transfer your funds to themselves. Don’t give your private keys or password to anyone you wouldn’t also share all of your money with.

That being said, it is a good idea to have a backup with someone you trust. Earlier this year, the crypto world was shaken by the story of the cryptocurrency exchange QuadrigaCX, when its CEO suddenly died, taking with him the only copy of the private keys to $137 million in customer holdings. If you’re planning on your Bitcoin investment providing for your retirement—or inheritance—it’s best to let your nearest and dearest know how to access those funds.

4. Buy Bitcoin from a reputable source

As we mentioned at the beginning of this article, there are many ways to buy Bitcoin, including buying it online, through a Bitcoin ATM, or in a peer-to-peer sale. But while a peer-to-peer sale will often have the lowest fees, it also comes with the highest risks. One reason is that it’s easier to get scammed. Someone will offer to sell you Bitcoin, and while you send your cash, the coins never arrive.

But another, more important reason comes further down the line, when it’s time to cash out your investment. Because there can sometimes be an anonymous quality to buying Bitcoin, in recent years cryptocurrency has been used for buying illegal things on the darknet, for human trafficking, funding terrorism, or for money laundering. While exchanges and vendors such as Coinmama are actively fighting crypto crime, that crime still exists. However, because of anti-money laundering regulations that exist, many of the exchanges that allow you to sell Bitcoin for fiat currencies want to know that the coins haven’t been used on the darknet or for anything illegal. How can they tell? It’s not always so easy, so some vendors and exchanges will only allow you to sell Bitcoin that you bought directly from them. Other exchanges may partner with blockchain crime-fighting firms to trace the Bitcoins that come into them. While you can’t know the origins of your coins when you buy them in a peer-to-peer trade, a reputable online vendor will check its coins before they sell them to you, leaving you with clean coins you won’t later have a problem selling when you’re ready to cash out your Bitcoin investment.

A word to the wise

It should go without saying when dealing with money, but a strong dose of caution and common sense are always good to have. Be skeptical of anything that sounds too good to be true, dig deep to make sure you’re not investing in scams, protect your virtual assets the same way you would protect your physical assets, and listen to your instincts if something feels off.

Nimrod, a long-time crypto enthusiast, is the founder of Israel’s first bitcoin ATM company and Coinmama where he runs the Operations. When he’s not making ends meet, you’ll likely find him doing some kind of extreme sport.
All Posts »
PrevPrevious10 Reasons to Buy Cryptocurrency with Coinmama
NextBuy Bitcoin Anonymously? It’s Complicated!Next 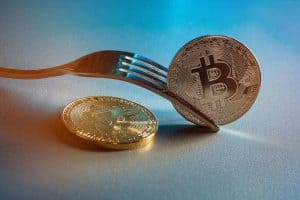