Bitcoin Whales That Will Make You Jealous 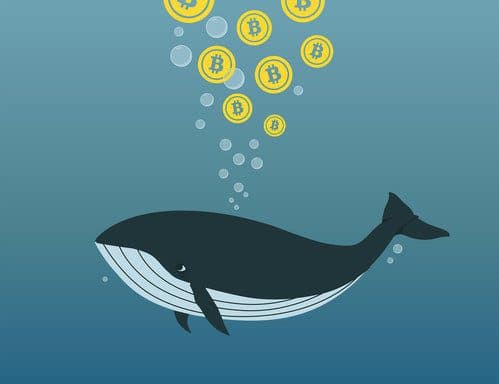 There was a lot of buzz in crypto community last week regarding a massive transaction of 94,504 BTC. Worth nearly $1 billion at the current Bitcoin price, the transaction’s containing address is said to be one of the richest addresses on Bitcoin’s blockchain which doesn’t belong to either a known exchange or Satoshi.

A lot of the discussion referred to the owner of the address as a “Bitcoin whale.” This term gets thrown around a lot. If you’re new to crypto markets, you’re probably wondering exactly what it means.

What is a Bitcoin Whale?

Simply stated, a Bitcoin whale is any large market player who has enough bitcoins, fiat, or both, to significantly shift price either up or down. Bitcoin’s public blockchain reveals over 100 addresses which contain in excess of 10,000 BTC. All such addresses may be safely stated to belong to whales, although it’s worth keeping in mind that a whale might disguise the true extent of their holdings by spreading their coins across a myriad of low-value addresses.

A whale is often thought and spoken of as a particularly well-capitalized individual – but this isn’t necessarily the case. Whales can also be a group of (usually wealthy) traders working together or the trading team from a corporation or fund.

The fact is that we seldom know the real identity of any whale, whether it be an individual or collective. Like their oceanic namesakes, whales mostly remain hidden below the surface. When a Bitcoin whale does “surface,” they’re sometimes detectable by the large orders they place in the market.

However, by splitting up their orders into small amounts (as in “iceberg orders”) and / or spreading them across multiple exchanges, whales can disguise their activity. Even if the pattern of such orders is identified over time, it seldom provides any real insight into a whale’s identity or ultimate intentions.

Smaller Bitcoin traders (sometimes referred to as “minnows” or “dolphins”) are always interested in identifying and tracking whale activity. Why? By trading in the same direction as a whale, it’s possible to profit from the outsized price effect that a whale has on a market. Whales rarely publicize their intended moves, so identifying them in the markets and blockchain is something of an art form.

If you’d like to try some whale spotting, the Whale Alert Twitter and website provides notifications whenever large sums are transferred over the blockchain, and also tags crypto addresses known to belong to exchanges and other entities.

To provide some examples of known Bitcoin whales, here’s a short list of people who’ve gone at least somewhat public about their substantial Bitcoin holdings:

Perhaps the best-known Bitcoin whales out there are the Winklevoss twins. In a recent biography written on the twins, “Bitcoin Billionaires” by Ben Mezrich, it was stated that the twins owned roughly 1% of all mined bitcoins. That would put their holdings at around 170,000 BTC, which is currently worth nearly $2 billion. Of course, it’s also possible that the twins own even more than that. The twins started using their considerable wealth to accumulate large quantities of Bitcoin way back in 2013, when Bitcoin was priced below $100.

As for the twin’s motivations, it seems that they’re committed Bitcoiners with every intention of holding their coins for the long haul. Not only do they own the major “Gemini” crypto exchange, but they also proposed the first Bitcoin ETF. Despite resistance from the SEC, the twins continue to champion such an ETF, as a means to open Bitcoin investment to traditional retail and institutional investors. Due to their financial and reputational investment in Bitcoin and related companies, we expect the Winkelvi whales to continue to buy Bitcoin into the future.

Trace Mayer is a very early adopter of Bitcoin, who bought his first coins for “pennies.” Trace is also an angel investor, known for funding several major projects in the crypto space, including the major Kraken exchange and the Armory Bitcoin wallet. Trace is an influential voice in the Bitcoin space, running his own podcast and often promoting Bitcoin (and Austrian economics) in his frequent public speaking engagements, both on and offline.

While the extent of Trace’s holdings is unknown, given his 2010 entrance into the Bitcoin space and the sizeable investments he’s made in the cryptosphere, it’s safe to assume that they are significant. Trace has also declared himself to be a “hodler of last resort,” indicating that he is committed to holding his bitcoins no matter what the price does, and potentially buying more bitcoins the lower price goes. Given the extent of his financial and reputational investment into Bitcoin and related companies, as well as his public declaration to act in support of Bitcoin’s price, we expect Trace to always act in support of price.

Michael Novogratz is a former Wall Street hedge fund manager. While still directing Fortress Investments in 2007, Novogratz was ranked the world’s 407th richest man, with a net worth of $2.3 billion. By 2012, this had declined to $500 million however.

Shortly before retiring from Fortress in 2015, Novogratz began investing in cryptocurrency. He subsequently created a cryptocurrency fund, Galaxy Investment Partners, in which he invested $150 million of his own money. Novogratz said in 2017 that 20% of his net worth is invested in Bitcoin and Ethereum, and that he made $250 million in profit from those investments.

Novogratz set up Galaxy Digital, a crypto-focused merchant bank, in mid-2018, to act as “the bridge between the crypto and institutional worlds.” Novogratz makes frequent media appearances to comment on crypto markets and blockchain technology in general. Once again, given the extent of this Bitcoin whale’s investments, we can expect his fund to buy Bitcoin whenever it seems like a bargain.

Dan Morehead is the CEO of Pantera Capital Management LP, a firm which he founded in 2003. The Pantera Capital fund was founded in 2013, and was the first American fund to invest into Bitcoin and blockchain technology. In addition to being one of the largest Bitcoin-holding funds, Pantera has made extensive investments across the crypto space. Pantera has invested into the Abra money transmitting and trading app, various exchanges including Bakkt, Bitstamp, and Circle, as well as the Brave crypto-enabled browser.

Given Pantera’s deep and wide investments across the crypto space, it’s likely that Dan Morehead’s fund will buy Bitcoin whenever it presents attractive value.

Barry Silber is CEO of the Digital Currency Group (DCG), a company he founded in 2015. Silbert is a former investment banker and was able to secure investment from banks and MasterCard for DCG. The Group owns CoinDesk, one of the most popular crypto news sites online, and has invested into several notable crypto companies, including Circle, Coinbase, Kraken, and so on.

Silbert also created the Bitcoin Investment Trust (BIT), which was the first security listed on American markets to offer direct exposure to the price of Bitcoin. While Silbert’s deep and wide investment into Bitcoin and crypto likely gives him an incentive to support the price, he was also instrumental in attempting to push through the SegWit2x hard fork against general Bitcoin consensus.

The S2X software was found to be fatally flawed upon launch, which would have devastated Bitcoin had it been adopted. Silbert has hopefully learned from this experience and will place Bitcoin above corporate interests in future.

Above, we’ve given several examples of prominent “bull whales,” or large BTC holders with a clear interest in seeing the price of Bitcoin go higher. Indeed, pretty much anybody who buys Bitcoin and holds it has exactly the same incentive.

However, there are also whales with an interest in seeing Bitcoin’s price decline; so-called “bear whales.” Under normal circumstances, holding large amounts of BTC would give one an obvious interest in seeing the Bitcoin price rise. This is not always the case however, as in the examples of Jihan Wu and Roger Ver.

Both Wu and Ver were large Bitcoin (BTC) holders who established a competing coin, Bitcoin Cash (BCH). By divesting their major BTC stash for BCH, they simultaneously increased the value of their own coin while decreasing the value of their major competitor. While ultimately this tactic was unsuccessful and BCH has not replaced (or “flippened”) Bitcoin as the leading cryptocurrency, it provides a good example of bear whale market behavior.

Other Bitcoin bear whales who may be strongly motivated to sell their coins include crypto scammers of all kinds, including ICO fraudsters. Such schemes often take in huge quantities of Bitcoin (and other cryptos) which they likely wish to convert to cash as quickly as possible. As scammers generally have no real financial, reputational, or ideological investment in crypto – seeing it only as a means to an end – they’ll usually offload their ill-gotten gains as soon as they can. As an example, we recently reported on Dovey Wan’s assessment that a major Chinese Ponzi scheme, Plus Token, was seeking to dump as many as 200,000 BTC at whatever price they could get across multiple international exchanges.

Whether one is a Bitcoin “bull” whale or a Bitcoin “bear” whale, one thing is certain: I think most of us would love the opportunity to be a Bitcoin whale of one sort or another!

Steven Hay is a former trader and gold investor who discovered Bitcoin in late 2012. In 2013, he began writing about Bitcoin and currently writes for Coinmama and 99Bitcoins. Steve also sold art for BTC to better understand the crypto economy. His current focus is on automated Bitcoin arbitrage trading.
All Posts »
PrevPrevious4 Bitcoin Wallets We Love in 2019
NextThe Best (and Worst) Countries by Bitcoin RegulationsNext 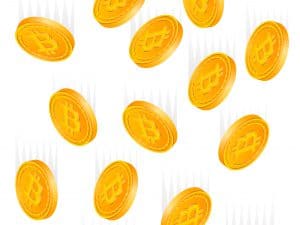 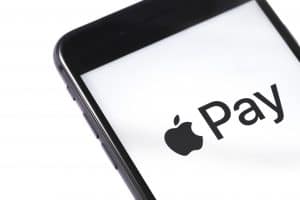