In our previous article on Bitcoin Tax Havens, we examined three different countries which are ideal locations for anyone looking to either setup a Bitcoin business or gain citizenship so as to enjoy their crypto earnings without fear of aggressive taxation policies. Those 3 countries were Malta (which is great for crypto companies), Portugal (which is perfect for crypto traders), and Malaysia (which presents great entrepreneurial potential).

If none of those countries seems like the right fit for you, the good news is that there are plenty more destinations which might be considered as “Bitcoin tax havens.” In fact, it’s estimated that 15% of worldwide jurisdictions are tax havens. The odds are high that if a country has low fiat taxes, it will have low crypto taxes too.

but In this article, we explore 3 more countries that impose minimal taxation and take a lenient regulatory stance on cryptocurrency. We’ve also filtered our selections for quality of life, as most people don’t want to move to a tiny island micronation founded in disputed territory, even if it is extremely blockchain-friendly!

The Principality of Lichtenstein is a tiny, landlocked microstate located between Switzerland and Austria. Its territory covers only 160 km2 or 62 miles2 but Lichtenstein’s wealth and influence belie its diminutive size. In fact, by the CIA’s reckoning, Lichtenstein is the country with the world’s greatest proportion of wealthy people, as measured by GDP per capita.

Lichtenstein has a picturesque alpine environment, which makes it a popular tourist destination for skiing and other winter sports. German is the official language and the Swiss franc is used as currency, due to the close ties and customs union between the two countries. Politically, the Principality of Lichtenstein is governed under a power sharing arranged between its elected parliament and power and its monarch; currently Hans-Adam II, the Prince of Lichtenstein.

Lichtenstein has low rates of taxation, with combined income taxes averaging around 17% to a maximum of 29% for self-employed citizens. Taxes on wealth are negligible and corporate profit tax rates are set at only 12.5%. This likely explains why Lichtenstein has more registered companies than citizens; of whom there are less than 40,000. As with neighboring Switzerland, Lichtenstein was known for its banking secrecy but this was reduced after 2008 to bring the country more in line with global standards.

The general prosperity and finance and tourism-focused economy of Lichtenstein are fairly similar to other tax havens in continental Europe, such as Luxembourg and Monaco. However, Lichtenstein is distinguished by its passage in early October of a comprehensive new Blockchain Act. The Act provides regulatory clarity by setting out a clear and comprehensive set of rules for the cryptocurrency. The Act aims to protect investors and digital assets and to prevent money laundering. The act also allows for the tokenization of rights and assets, as when traditional assets are integrated into blockchain systems.

Like neighboring Switzerland, Lichtenstein is known for its long-standing embrace of crypto companies. For example, Lichtenstein’s local Bank Frick provides a crypto trading platform to institutional investors and a major international crypto exchange is headquartered in the Principality. However, Lichtenstein’s lower corporate tax rates (about 6% less than the average Swiss rate) and forward-thinking regulations make it a tempting alternative for the establishment of a new company HQ.

The Republic of Belarus is an Eastern European country bordering Russia, with which it has strong historical, cultural, and trading ties. Belarus has low population density, with about 9.5 million citizens its 207,595 km2 / 80,153 mi2 territory; much of which is forested. Belarus is not an EU member and uses the Belarusian ruble as its currency.

It’s Human Development Index (HDI) rank of 53 suggests a quality of life comparable to other Eastern European and the most highly-developed South American and Middle Eastern nations. It’s Gross Domestic Product (GDP) per capita rating of around $20,820 is also similar to such nations and suggests a moderate level of average wealth with ample room for further development.

Development is high on the country’s agenda and crypto is a recognized aspect of this drive. In April of 2019, Belarus made headlines when its President, Alexander Lukashenko, announced plans for a large-scale Bitcoin mining farm. The new mining center is scheduled for launch in 2019 and will be powered by the country’s nuclear reactor, potentially establishing Belarus as a significant mining hub. President Lukashenko, although a controversial figure for his authoritarian style, has also pledged to support and listen to the nation’s emerging cryptocurrency industry.

As for its status as Bitcoin tax haven; the Republic of Belarus passed legislation in March of 2018 which made crypto activities fully legal and exempted crypto mining, trading, and investment from all taxes until at least 2023. Signed by the President, the legislation (known as Decree No.8 “On the Development of the Digital Economy”) is intended to foster the development of Belarus as a fin tech center in Eastern Europe, as part of its wider goal to foster the IT industry.

The Belarus Hi-Tech Park is a special economic region in Minsk, the capital of Belarus, designed to attract and cater to IT companies. Any business registered there will enjoy substantial tax benefits, such as exemption from VAT and income taxes. Employees of such companies will also enjoy a 30% income tax reduction. The country has a lot of skilled IT professionals due to an education focus on that sector. Employees recruited from outside Belarus to work in the HTP undergo a streamlined Visa application process.

Since the special economic zone was established in 2011, the Zone has seen ever more successful IT companies established in Belarus. The HTP’s dedicated infrastructure and supportive tax, legal, and startup incubation policies make it an excellent venue for crypto startups. Although Belarus is not particularly cosmopolitan, it has a low cost of living and friendly people. Although perhaps not the ideal retirement destination for crypto tycoons, Belarus presents some very strong tax incentives for crypto companies and startups.

Most of the Bitcoin tax havens we’ve covered are in Europe or the Far East. The options for North Americans tend to be limited to nearby islands, such as the Caymans. The advantage presented by Puerto Rico over such well-known tax haven islands as the Bahamas or Turks and Caicos – at least for US citizens – is that Puerto Rico is an American possession. This means that the US constitution does not fully apply to Puerto Rico. As such, Puerto Rico has very different tax and legal policies to the mainland. However, because Puerto Rico is still part of the US – technically, it’s an “unincorporated territory” – so Americans can easily relocate to Puerto Rico to take advantage of a lower tax rate without giving up their US citizenship.

In fact, many Americans, including several wealthy crypto businesspeople, have already made the move to Puerto Rico to reduce their tax burden and a greater perceived ability to influence their environment. This movement is explored in the documentary “Puertopia: Crypto Movement to Puerto Rico” which was filmed in the wake of the major hurricane which devastated the island. It’s important to note too that infrastructure and services on the island are less reliable and sophisticated than the mainland.

Here are some of the major taxation discrepancies between mainland USA and Puerto Rico which have attracted these “crypto migrants.” Under Puerto Rico’s Act 22 Individual Investor’s law and until at least 2035, no capital gains or other taxes apply to assets gained after relocating to Puerto Rico. For those anticipating large profits from trading or holding crypto, moving to Puerto Rico could save a lot of tax expense. Note however that crypto purchased before the move but sold once in Puerto Rico may still be subject to be liable for taxation.

Furthermore, under its Act 20 Export Services law, Puerto Rico has a very low corporate tax rate of just 4% for any company registered there. If one has been a Puerto Rico resident for longer than a year they won’t have to declare income from Puerto Rican sources as part of their tax filing either. With the IRS increasingly going after crypto traders and investors, American Bitcoiners may find financial refuge in Puerto Rico.

Steven Hay is a former trader and gold investor who discovered Bitcoin in late 2012. In 2013, he began writing about Bitcoin and currently writes for Coinmama and 99Bitcoins. Steve also sold art for BTC to better understand the crypto economy. His current focus is on automated Bitcoin arbitrage trading.
All Posts »
PrevPreviousGet Into the Bitcoin Fall Spirit
NextBitcoin HashRate Explained (2022)Next 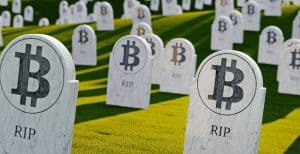 Since its inception, naysayers have declared Bitcoin as dead, even as the Bitcoin price continues in a general upward trend. We take a look at BTC obituaries.

No one writes checks or hands over paper bills in science fiction stories. To pay for the sci-fi equivalent of a latte (a synthcaf?) with