What Is Bitcoin? Part 2: Bitcoin Is Real Money

Rat poison. The most important invention since the internet. The next tulip mania. A swarm of cyber hornets serving the goddess of wisdom, feeding on the fire of truth, exponentially growing ever smarter, faster, and stronger behind a wall of encrypted energy.

Bitcoin has been called every name from the woeful to the wonderful, with the last quote from Microstrategy CEO Michael Saylor standing out for its poetic qualities. Indeed, Bitcoin is a difficult subject to fit into a box. Yet, at its core, Bitcoin is money. Or to be more exact, Bitcoin is the most real money humanity has ever known.

In the previous article, we traced the evolution of money from barter to banknotes to Bitcoin. We can now answer the basic question with which we started the journey.

Money is an asset that performs three functions.

Fiat currencies are fully accepted as mediums of exchange and units of account and do a good job of moving wealth across space. However, fiat currencies are a poor way to transmit value through time, as inflation eats away at their purchasing power.

Gold, on the other hand, has traditionally been the address for citizens fleeing the ravages of fiat inflation. If you invested $1,000 into gold when President Richard Nixon ended the gold standard in 1971, you would have tens of thousands of dollars today. Those that kept it in fiat, on the other hand, would have seen their buying power decrease dramatically.

However, you can’t exactly buy a cup of coffee with your gold bar. As a form of money, Gold’s analogue structure is unsuitable for the 24/7 nature of our hyper-connected markets.

What needed creating was a system that encompasses the best of both worlds, and that is what Satoshi achieved with the launch of Bitcoin. Like gold, it has performed incredibly well as a safe haven from fiat inflation, up 500% from last year. Like fiat money, it’s divisible and portable. Bitcoin’s journey to full global money has begun at the ‘store of value’ phase. Many have been drawn to Bitcoin for its purpose as ‘digital gold,’ including investing heavyweights like Paul Tudor Jones, Stan Druckenmiller, and MassMutual.

Even in the store of value department, Bitcoin has a few key characteristics that position it as superior to gold:

It is this set of characteristics that position cryptocurrencies not only to eventually capture a significant portion of the multi-trillion-dollar gold market but to expand the market beyond traditional holders of gold.

While the quest to overtake gold as the world’s most prestigious store of value is demanding in itself, Bitcoin has bigger plans.

Work is underway to build the infrastructure that will make it even quicker and cheaper to transact using Bitcoin, thus allowing it to become a true medium of exchange. 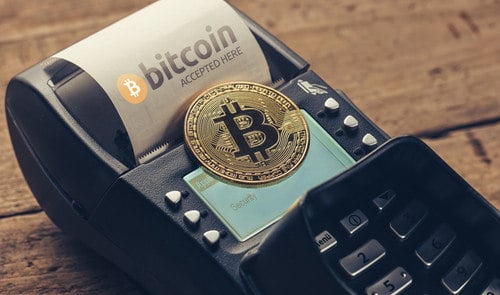 Finally, a future in which Bitcoin serves as both a store of value and a medium of exchange is a future in which prices will come to be quoted in Bitcoin. Once this happens, Bitcoin’s evolution into full global money will be complete. Such a future scenario even has a catchy name; Hyperbitcoinization.

A full transition to the ‘Bitcoin standard’ might sound ambitious, but it is picking up traction. Companies like Apple and Tesla allowing customers to pay with BTC clearly demonstrates that they take Bitcoin seriously.

In the next article, we’ll familiarize ourselves with the technological innovations that set Bitcoin apart from every form of money that came before it. If you’ve ever found yourself confused by the difference between Bitcoin, blockchain, and everything in between, you’ll want to tune in.

With Coinmama, citizens from all around the world can begin to take control over their financial destinies and connect their wealth to the future.

Already convinced? Why not buy some BTC right now?

Dudu Azaraf is the Content & Affiliate Manager at Coinmama and has led marketing efforts across numerous blockchain companies. Having a background in analytics and a passion for simplifying complicated systems, Dudu's focus is to help bridge the gap between complexities of Bitcoin and its expanding mainstream audience.
All Posts »
PrevPreviousWhat is Bitcoin? Part 1: A History of Money From Barter to Banknotes to Bitcoin
NextWhat Is Bitcoin? Part 3: The Many Benefits of Blockchain TechnologyNext

It’s mesmerizing to see how quickly progress gets made in the crypto space. After struggling with mainstream acceptance for so many years, cryptocurrencies have burst