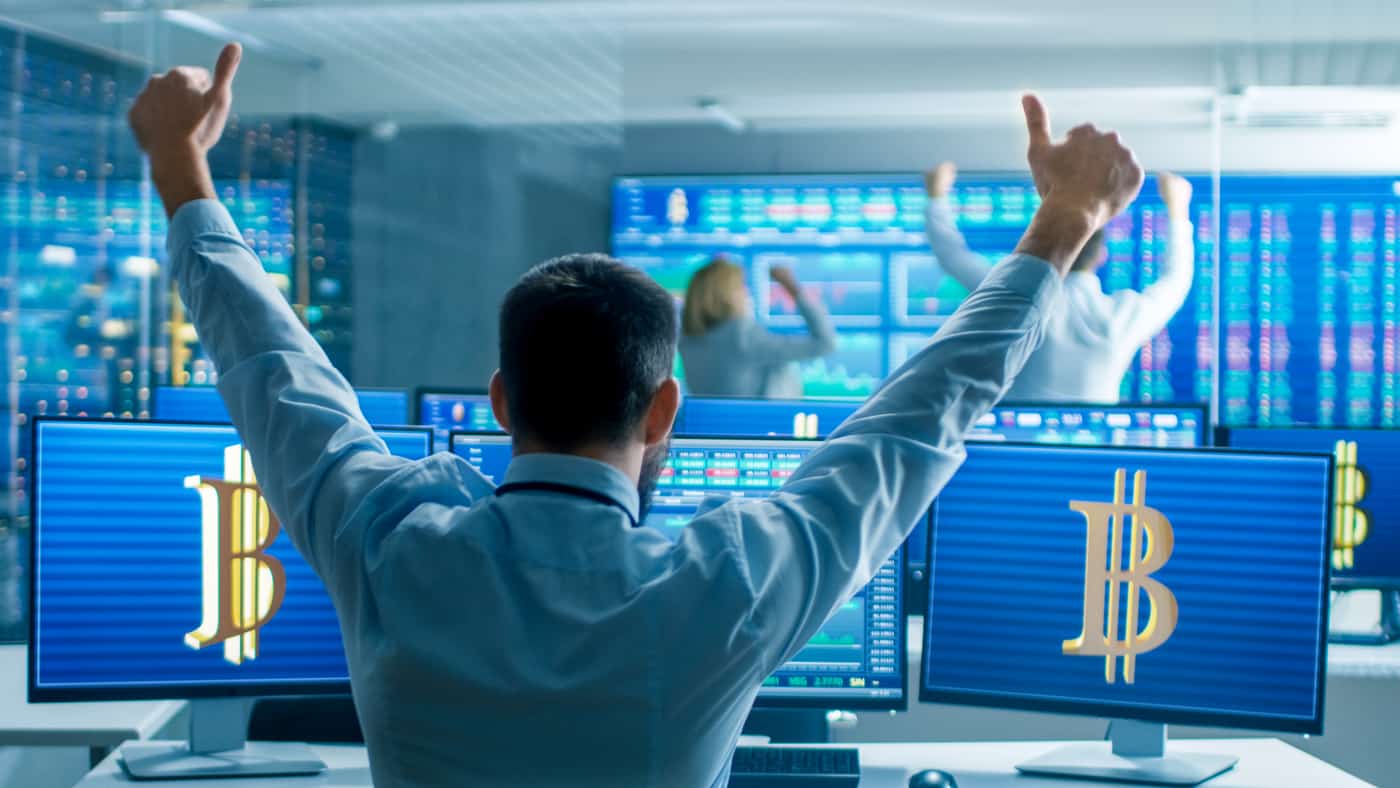 As anyone who’s made an effort to understand it will attest, Bitcoin is a complex and dense subject. Any investigation into its workings can easily sprawl into a lifetime of research. To properly comprehend in its entirety, any study of Bitcoin requires some level of knowledge from a host of difficult fields:

A complete understanding of Bitcoin requires the comprehensive understanding of these interlocking disciplines; something which is probably beyond the ability of any single human. Fortunately, the Bitcoin community has no shortage of knowledgeable specialists, who combine their technical expertise for the good of the remarkable system that is Bitcoin. Some of these experts also share their knowledge and views with the public, so paying attention to them is a great way to learn more about Bitcoin.

Unfortunately, as the space is so confusing to the layman, it’s easy for charismatic charlatans to attract a following by crafting a compelling narrative. Examples abound, from the showmen and shills who promoted blatant Ponzi schemes like BitConnect and OneCoin, to the more subtle but no less deceptive marketing trickery employed by certain altcoins.

Whereas anyone with a basic understanding of cryptocurrency is able to identify the obvious scams, the more sophisticated projects are harder to identify as fraudulent. The best example would be the recent ICO mania; many were drawn into investing in shaky projects, the majority of which have failed to bear fruit.

Many so-called crypto experts were quick to jump on the ICO bandwagon, promoting or at least lending their names to all manner of dubious projects. These are the sort of “experts” one is better off ignoring; those who leverage their reputation and experience to lend credence to otherwise uninteresting or sketchy projects. Following the advice of such people is likely to lead to losses.

So how can true experts be identified?

The first thing to look for is a lengthy track record of genuine achievements. Although such achievements needn’t be limited to the crypto space, when looking for an expert on technical matters it’s best to confine one’s search to individuals with a history of contributions to the Bitcoin codebase or related projects.

Another aspect to consider when evaluating an expert is the stance they’ve taken on the various issues and events which have played out in Bitcoin over the years. For example, most everyone took a position during the lengthy and contentious blocksize debate. Internet searches and social media history will likely reveal which of the available options an individual supported:

Search for similar hot button issues – Bitcoin has had more than its fair share – and evaluate an expert’s stance with the benefit of hindsight. If they prove to be consistently on the right side of events, that increases the likelihood that their current opinions are worthy of consideration.

Finally, consider an expert’s reputation. If they’re well-respected within the Bitcoin community, you can assume that they became so due to a history of positive contributions and good calls. It’s also reasonable to believe that their reputation matters to them. Unless personal interest somehow overwhelms their judgment, it’s likely that they’ll do all they can to maintain their good name.

Here is a list of people we think are worth listening to on the subject of Bitcoin. This list is based on their experience, contributions, and reputation in the Bitcoin. It should not be considered comprehensive by any means, but it’s probably a good starting point if you’re looking for some well-informed opinions.

Szabo is considered one of the leading candidates to be Satoshi Nakamoto. Szabo was one of the original cypherpunks, a group dedicated to using cryptography and computers to promote individual liberty. In 1998, Szabo developed Bit Gold, a decentralized currency considered by many as a direct forerunner to Bitcoin. Szabo also developed the notion of smart contracts, as a way to merge contracts with code. Szabo is considered something of a polymath, with degrees in cryptography, computer science, and law. His fascinating blog covers a variety of topics, including the history of money. He is also active on Twitter and occasionally presents at cryptocurrency conferences.

Andreas has a background in computer science, networking, and cryptography. He’s well-known nowadays for his work in educating people about Bitcoin, via his public speaking and university course. Andreas is a big draw at crypto events due to his ability to explain cryptocurrency concepts in simple and compelling terms. His YouTube channel is definitely worth checking out, as is his open source book – although it’s rather technical and aimed primarily at coders. Andreas is also active on Twitter.

This group is comprised of 4 members, each with a different skillset. From left to right in the above image:

Riccardo Spagni is the former lead maintainer of Monero. Samson Mow is the chief strategy officer at Blockstream. WhalePanda is an investor and trader with an interesting blog. Charlie Lee is the creator of Litecoin and managing director of its foundation, as well as the former director of engineering at Coinbase.

The Magical Crypto Friends’ semi-monthly YouTube conversations cover the most significant developments in the crypto space from their unique perspectives.

Trace Mayer is a long-time advocate of sound money who had the foresight to recommend Bitcoin to his readers way back in January of 2011. Beyond being an early adopter, Trace also invested in erstwhile startups like the Armory wallet and Kraken exchange. Recently, Trace Mayer kicked off the annual Proof of Keys event, which is aimed at keeping crypto exchanges and services honest by acting as an informal proof of their crypto reserves. Trace has a website, hosts the Bitcoin Knowledge podcast, and is also active on Twitter.

Jameson Lopp is the chief technical officer at Casa, a company which provides private key security solutions for corporations and high net-worth individuals. Jameson is active on Twitter, has presented at numerous conferences, and maintains a website which contains an excellent directory of Bitcoin information resources. Following a disturbing SWATting incident, Jameson also created an informative list of known real-world attacks on Bitcoiners and Bitcoin businesses – an often-overlooked aspect of crypto security.

Pretty much anyone whose name appears on the list of Bitcoin Core contributors is likely to have an excellent understanding of how the code works. The best cryptographers and coders in the crypto space are drawn to Bitcoin as the highest profile project. Some of the more outspoken examples include Gregory Maxwell and Peter Todd, both long term code contributors.

Jimmy Song is one of the more public-facing coders. He maintains a blog and YouTube channel both dedicated to some of the more technical subjects. Jimmy also hosts Bitcoin coding seminars and is writing a book on the subject.

There’s no shortage of self-proclaimed “experts” who will tell you where the price of Bitcoin is headed. Usually their call depends on whether they’re personally long, short, or out of the market at the time. Such gurus make so many guesses that it’s inevitable that some will turn out to be correct – the real deciding factor is how often they guess wrong.

When it comes to making sense of the markets, the best people to listen to are those who provide useful data from which you can draw your own conclusions. Some such people include:

Steven Hay is a former trader and gold investor who discovered Bitcoin in late 2012. In 2013, he began writing about Bitcoin and currently writes for Coinmama and 99Bitcoins. Steve also sold art for BTC to better understand the crypto economy. His current focus is on automated Bitcoin arbitrage trading.
All Posts »
PrevPreviousTesting the Bitcoin waters? Buy MilliBit.
NextSell Your Bitcoin on CoinmamaNext

A crypto DAO, or Decentralized Autonomous Organization, was a concept that originated in 2016 among cryptocurrency developers. Their intention was to innovate on the traditional 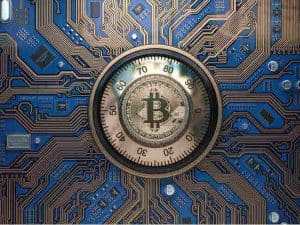 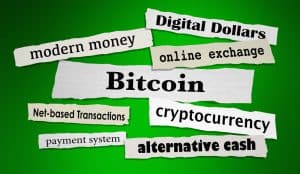