We’ve all been there: every once in a while a Google deep dive will lead you down a rabbit hole of the unexpected. A treasure trove of articles, factoids, and random tidbits you didn’t know existed. We wanted to brush up on some of Bitcoin’s history, and the wiki entry on the Silk Road led us to this Gawker gem from nearly a decade ago. The article, published in June 2011, describes in depth the anonymous online marketplace for illegal drugs, where purchases can only be made in Bitcoin.

While both the original Silk Road and Gawker are long gone, what’s most fascinating about the article is its place in Bitcoin price history. At the time it was written, the BTC price was about $8.67, though the Bitcoin user first described in the article paid 50 BTC for $150 worth of LSD. And the article’s author explains Bitcoin in length, including its purported anonymity and untraceability as well as how to buy Bitcoin. (The author suggests Mt. Gox, which like everything else, no longer exists.)

Marking the beginning of Bitcoin

It’s not often that you can mark in time the very beginning of something and see its evolution in the media. But Bitcoin has a definitive starting point with the publication of Satoshi Nakamoto’s white paper in 2008—a starting point that took place after most media moved online—and tracing its place through mainstream media is surprisingly easy. Reading the Gawker article led us to ask in what other ways was the cryptocurrency portrayed in its early days. Here we’ve rounded up some of our favorite stories.

The earliest of the early Bitcoin news

While most news outlets didn’t start carrying stories of Bitcoin until June 2011, a few outliers showcased Bitcoin’s potential early on. CIO magazine, aimed at chief information officers, included Bitcoin among its list of cutting edge open source innovations a full year earlier, in June 2010, only a couple of weeks after Laszlo Hanyecz bought his infamous pizza. In December 2010, PC Magazine took a shot at explaining the cryptocurrency, tying its rise in popularity to the WikiLeaks scandal. The article mentions the simple and unobtrusive way you can mine bitcoin while running other programs at the same time. If only that were still true!

In one of the earlier articles about Bitcoin in a non-tech oriented news outlet, Time Magazine not only explained how Bitcoin works, it also explored its revolutionary aspects and how it could reshape the role of centralized currencies. (The article, from April 2011, is actually a great explainer, and even eight years later, doesn’t feel dated.)

The Atlantic, another non-tech publication, also explored Bitcoin in April 2011, with an article titled How to Start Your Own Private Currency.

Jumping on the Bitcoin news bandwagon

By June 2011, when Gawker published its Silk Road article, more outlets started covering the cryptocurrency. The Wall Street Journal published a piece on June 9, 2011 titled Bitcoin: On Line [sic] Currency Taking Off, which gave readers an introduction to the currency. At that time, Bitcoin was worth about $15.

Other news outlets, much like Gawker, focused on the darker side of Bitcoin. VentureBeat’s first two articles on Bitcoin, both from mid-June 2011, were crime related. One was on the theft of 25,000 BTC, which at the time was less than half a million dollars worth of Bitcoin. The next, a few days later, spoke of the infamous Mt Gox hack, which saw the Bitcoin price drop back down to almost nothing. And later that same month, The Next Web reported on an employee of the Australian Broadcasting Company, who was using company equipment to mine Bitcoin.

Bitcoin survived that initial crime spree (and many others), and by 2012, outlets like the New York Times were back to reporting on its capabilities in transforming the future of money.

Among all the Bitcoin hype, there were always also naysayers, and Bitcoin obituaries have existed as long as the coin. A longform article in Wired dated November, 2011, explores the origins of Bitcoin, the mystery of Satoshi Nakamoto, and the price fluctuations the coin has experienced. It dives into the problems that have plagued the currency, its hardcore believers, and the skeptics. And while it doesn’t say that Bitcoin is dead, there’s an implication that its expiration is imminent.

Nimrod, a long-time crypto enthusiast, is the founder of Israel’s first bitcoin ATM company and Coinmama where he runs the Operations. When he’s not making ends meet, you’ll likely find him doing some kind of extreme sport.
All Posts »
PrevPreviousVIDEO: Background & Intro to Bitcoin
Next10 Reasons Why to Buy Bitcoin in 2021Next 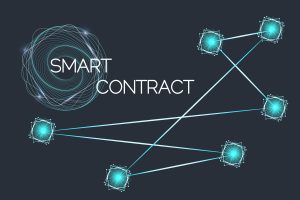 What if you could bind lawyers, banks, wills and contracts all into one single entity; removing the need to individually locate and pay these all 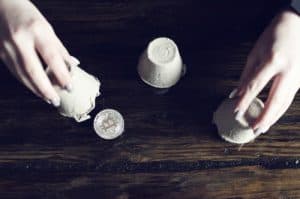 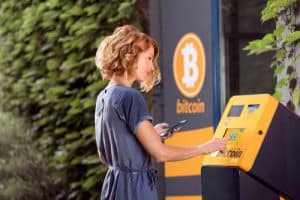