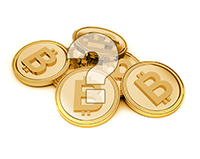 Claiming that Bitcoin is worthless or saying that it’s just a comprehensive pyramid scheme, those are just two myths attributed to Bitcoins. With so much false information on the web today it’s no wonder there is such an array of misconceptions regarding Bitcoins. Some might say Bitcoin is only for true believers and there is nothing that could be said to change the mind of those that are skeptic, but that is only the basis of another myth by which there is no evidence to prove the value and longevity of the Bitcoin. The good news is that with the right information it’s easy to debunk those common myths attributed to BitCoins.

We at CoinMama are aware of the need for an online marketplace that allows consumers to buy products with Bitcoins, that is why we have recently launched BitPapa, an innovative and exciting new marketplace where you can purchase a variety of products with Bitcoins. It’s important to remember that since Bitcoin is such a hot topic these days it is expected that new myths and misinformation will continue to appear on the subject. Skeptics and critics will continue to dismiss the value of Bitcoins and continue making new claims. It’s important to be aware of that and not believe any claim that is made, but rather double check the information you are given.