5 Bitcoin Movies to Watch This Weekend

If you’re new to Bitcoin, figuring out where to begin your journey to crypto enlightenment can be a daunting prospect. But Bitcoin movies are a great way to learn more about this fascinating subject in an effortless and entertaining way. There’s just so much information out there, much of it complex and technical, that those first steps towards learning can seem overwhelming.

A good Bitcoin movie will introduce the main concepts in a clear and memorable way, as well as introduce some of the more important players in the space. Once you’ve absorbed these basics, you can then direct your own learning by digging into those aspects of the film which you found the most interesting.

If you’re looking to introduce others to Bitcoin, then we’d also recommend showing them a Bitcoin movie as the best possible starting point. Many people will resist reading articles or listening to podcasts, as such education matter can seem rather difficult and boring, but just about everyone is open to watching a movie.

The Big Short doesn’t deal with Bitcoin directly (it was only launched in the wake of the crisis in early 2009), but it does an excellent job of showing why an alternate system is so necessary. If you or someone you know is struggling to understand why it makes sense to buy Bitcoin when fiat currency exists, The Big Short is a real eye-opener.

The 2008 financial crisis was a wakeup call to many. Not only did it expose some serious cracks in the financial system but also the questionable ways in which the world’s governments and central banks went about papering over those cracks. Without understanding the problems with the legacy financial and monetary system, it’s not possible to appreciate as an alternative.

The multiple award-winning 2015 film, The Big Short, does an excellent job of covering the financial crisis in a relatable way. The film harnesses famous actors like Christian Bale, Brad Pitt, Ryan Gosling, and Steve Carell to tell the story of the crash through believable portrayals of the real-life financial professionals who saw it coming. This movie is sure to draw in even the most financially-illiterate by infusing the complex events with both comedy and drama.

Through some clever analogies, The Big Short cuts through the endless Wall Street jargon to convey the essence of the risky financial “products” which led to the crash. While it can’t explain everything in two hours—and doesn’t attempt to—it certainly gets the gist across. The Big Short is merciless in its portrayal of ineffective regulators, a complicit financial media, and politicians in thrall to arrogant, “too big to fail” banks.

Ulterior States is an independent documentary released in 2014 and freely available on YouTube. The film starts out with coverage of the social movements which arose to protest the injustice revealed by the 2008 financial crisis. The film then segues into hacktivism and cryptography, ultimately leading to Bitcoin, as an effective technological response to the modern problems of pervasive surveillance and monetary monopolism.

While the film is fairly light on technical detail, it does a great job of capturing the hope for a better future shared by many of the early adopters interviewed. Among them are:

Ulterior States is not overly-long at 53 minutes but condenses a lot of ideological punch into its running time. Watching it is a great way to get (re-)motivated about the transformative potential of Bitcoin.

3. Bitcoin: The End of Money as We Know It – Jumping in the Deep End

Bitcoin: The End of Money as We Know It is an in-depth documentary which covers the most pertinent aspects of Bitcoin. It deals with the history of money and financial crises, opening with a compelling comparison of the events depicted in The Big Short and the first-recorded liquidity crisis in history, when Emperor Tiberius oversaw a bailout of the Roman empire. The film then follows the evolution of money over time until the present day.

By approaching its subject matter in this level of depth, the movie does an excellent job of conveying the true utility and value of Bitcoin over its 60-minute running time. The film is focused on the big picture aspects, calling into question the value and fairness of fiat currency before presenting a compelling case for Bitcoin as a superior alternative. Bitcoin’s early history, including Silk Road, is also covered briefly.

Some well-known Bitcoin and crypto personalities are interviewed, including Andreas Antonopoulos and Roger Ver. However, if there’s one flaw in the film it’s that it also features many comparatively unknown commentators. While the quality of their input is generally high, the lack of instant recognition detracts somewhat from the authority of their statements.

Bitcoin: The End of Money as We Know It has a teaser available on its website, but to view the entire film you’ll need to rent ($5) or buy ($7) it on Vimeo. Unfortunately, you usually can’t buy Bitcoin movies with Bitcoin so you’ll need your credit card for this purchase!

4. Life on Bitcoin – The Human Element

Austin and Beccy don’t just sit around the house ordering things from the internet – that’d be too easy. Instead, they travel hundreds of miles by car, go to another country, and even cross an ocean. This serves as a great demonstration of the practical, everyday side of Bitcoin usage. It’s one thing to buy Bitcoin for trading or investment purposes, but using it to pay for day-to-to essentials, like groceries, petrol, travel, and accommodation, is still tricky in most locations.

Life on Bitcoin puts a personal, human touch on the whole Bitcoin experience. It’s a great movie for Bitcoin beginners. It’s also great to watch with your partner, for entertainment and as a way to introduce them to the subject. The couple’s optimism and enthusiasm are really infectious and you’re sure to find the film endearing.

The movie also features commentary from some major players in the Bitcoin space, who all provide some valuable insights. These “guest stars” include:

Life on Bitcoin is available from its website for $2 on Amazon Video or for free with a VidAngel trial.

This short, 8 minute Bitcoin movie was released in 2013 and covers the early Bitcoin scene in Argentina. It approaches the subject mostly from the perspective of Diego, a Buenos Aires local who meets up with a trader to buy Bitcoin as a store of value.

Bitcoins in Argentina makes for some very timely viewing, as the South American country recently experienced its second-biggest market crash in history, with the Peso falling 15% in a day. The country is now on the brink of a fresh financial crisis due to the surprise electoral victory of a leftwing populist party.

It’s quite likely that many Argentinians will be watching the film right now as they search for alternatives to the troubled Peso. This film stands as something of a “fulfilled prophecy,” as its warnings regarding the likelihood of high inflation in the Peso have been borne out by events. Hopefully people in Argentina and around the world will give due consideration to using Bitcoin as a hedge against fiat after seeing this movie.

Bitcoins in Argentina is free to view on Youtube.

If you’d like to watch even more Bitcoin movies, check out our previous article, The Best Bitcoin Documentaries!

Steven Hay is a former trader and gold investor who discovered Bitcoin in late 2012. In 2013, he began writing about Bitcoin and currently writes for Coinmama and 99Bitcoins. Steve also sold art for BTC to better understand the crypto economy. His current focus is on automated Bitcoin arbitrage trading.
All Posts »
PrevPrevious3 Ways to Buy Bitcoin Instantly
Next3 Reasons to Love Your Bitcoin CalculatorNext 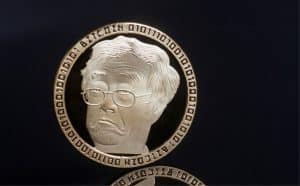 If you buy Bitcoin, you may wonder where it—and cryptocurrency in general—comes from. After all, only a little more than a decade ago, the cryptocurrency didn’t 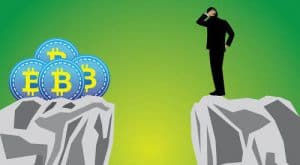 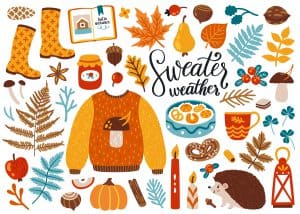