Litecoin was launched as a fork of Bitcoin way back in October 2011, making it the oldest altcoin in the top 10 market cap rankings. Litecoin is a decentralized cryptocurrency with an engaged community and fairly widespread adoption. The Litecoin mining community is very active, granting Litecoin’s network the third highest level of security after Bitcoin and Ethereum. This is according to Crypto51, a site which estimates the monetary cost of a 51% attack.

This guide will walk you some of the more important facts regarding Litecoin. It covers the selection of a Litecoin wallet, for storing and spending your litecoins (LTC). While we don’t cover Litecoin mining in depth, this information is widely available elsewhere. We’ll also explain how to use Coinmama to buy Litecoin – a really quick and easy process!

How Litecoin Differs from Bitcoin

Litecoin has embraced its origins as a Bitcoin fork and, rather than seeking to replace Bitcoin, is often marketed as “silver to Bitcoin’s gold.” This has led to a friendly and cooperative relationship between the Bitcoin and Litecoin communities, to the benefit of both.

Litecoin mining uses the scrypt (pronounced “ess crypt”) algorithm rather than the SHA-256 used by Bitcoin or its forks. It’s debatable whether this has led to a more fair early distribution of coins than Bitcoin, but one definite advantage is that the world’s enormous SHA-256 hashrate is unable to be used maliciously against Litecoin.

A maximum of 84 million LTC will be created, four times more than the 21 million BTC limit. For economic reasons discussed in our recent article of Bitcoin’s supply limit, this helps to keep full LTC units more affordable than Bitcoin.

A new Litecoin block is mined every 2.5 minute on average. This is four times quicker than Bitcoin’s 10 minute average block time. Although faster block times don’t improve security, they do serve to ensure faster initial confirmation times and to keep transaction fees down. Another feature of quicker block times is that Litecoin’s mining Difficulty adjusts more rapidly.

Litecoin was created by former Google and Coinbase developer, Charlie Lee. Lee implemented the scrypt algorithm in Litecoin to allow for mining Bitcoin and Litecoin simultaneously, although this is no longer possible. Litecoin had a fair launch, with only a tiny pre-mine of 150 LTC.

Litecoin became popular among amateur miners, who were being displaced from Bitcoin mining by the rising dominance of ASIC mining hardware. Litecoin’s ASIC-resistant scrypt algorithm initially restricted profitable mining to high-end graphic cards. However, in mid-2014 ASIC scrypt Litecoin mining hardware was released and has since become standard.

Although not nearly as well-known or widely-used as Bitcoin, Litecoin’s long history has made it a staple of the cryptocurrency world with considerable merchant adoption. Litecoin regularly achieves higher trading volumes and more transactions than coins with larger market caps, such as Bitcoin Cash.

In an August 2018 interview on the CNBC Fast Money show, Charlie Lee claimed that adoption is “surging” despite bearish market conditions. This was borne out by Litecoin’s eventual price recovery and continued relevance as a cryptocurrency.

In mid-2018, the Litecoin Foundation acquired a 9.9% stake in Germany’s WEG Bank AG. This partnership may pave the way to mainstream financial services for Litecoin.

One surprising aspect of Litecoin adoption was published in a February 2018 report by Recorded Future. Their research found that Litecoin is the most popular currency after Bitcoin for darknet market transactions. This is despite Litecoin having little in the way of privacy features.

In late October of 2020, it was announced that PayPal would integrate Litecoin as a payment option alongside Bitcoin, confirming LTC’s status as a mainstream cryptocurrency.

Litecoin’s development process is considerably more nimble than that of Bitcoin. This was demonstrated when Litecoin successfully implemented the Segregated Witness (SegWit) upgrade in May of 2017. SegWit was originally proposed for Bitcoin but its implementation was stalled due to political wrangling, only activating 4 months after its Litecoin integration.

As a result of SegWit integration, Litecoin is able to implement Bitcoin’s exciting new Lightning Network technology, in a manner which is cross-compatible with Bitcoin. This ensures that Litecoin will remain on the cutting edge of cryptocurrency innovation.

Litecoin’s reliance on Bitcoin’s codebase does have a downside, that being the duplication of vulnerabilities. For example, Litecoin was also exposed to a serious bug recently discovered in Bitcoin’s code.

In December of 2017, Charlie Lee sold all his LTC. In so doing, Lee sought to avoid any conflict of interest between his leading role in Litecoin (specifically as the Managing Director of the Litecoin Foundation and Litecoin code contributor) and his personal financial holdings.

Lee remains highly influential in Litecoin and the crypto space, with regular media appearances and over 840,000 Twitter followers. Lee comments regularly on the state of the crypto space as part of the Magical Crypto Friends talk show.

According to the current stats on Litecoinpool.org, Litecoin’s hashrate is very well distributed among 7 major Litecoin mining pools: 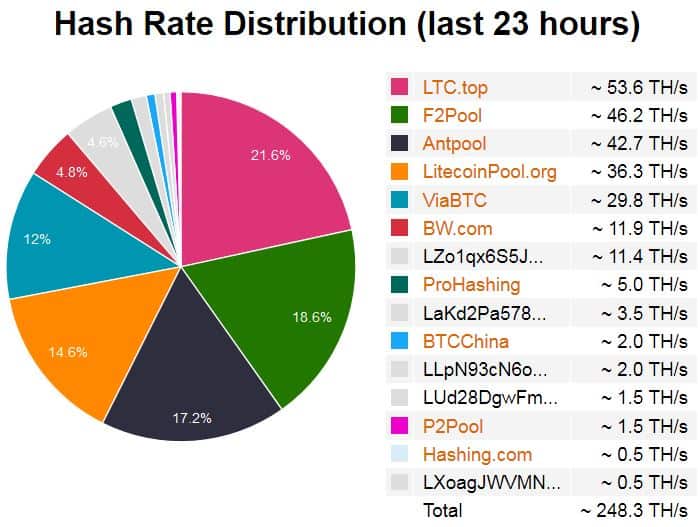 If you have a reliable Litecoin wallet, you are able to skip this section. Otherwise, visit this page to read our guide on choosing the best wallet.

Now that you have a wallet and address, you’re ready to purchase Litecoin. Coinmama lets people in most countries around the world buy Litecoin (LTC) with credit or debit cards issued by either VISA or MasterCard. This is probably the easiest and quickest way to buy LTC.

Additionally, EU and UK residents may use the SEPA transfer system to buy Litecoin. The bank account you send Euros from must be registered in your name. Users from outside the Eurozone may use the SWIFT payment system to send USD amounts. Bank transfers have lower fees and higher limits than card purchases but take somewhat longer, see our support page for further help.

It’s unlikely that the Litecoin network will experience sufficient congestion to delay your transaction but that’s always a possibility. Ordinarily, your transaction will be confirmed within 2.5 minutes.

For large amounts, it’s safest to wait for up to 40 more confirmations. You may then regard the transaction as final and spend your new coins.

We trust this guide has covered everything you need to buy Litecoin today!

Steven Hay is a former trader and gold investor who discovered Bitcoin in late 2012. In 2013, he began writing about Bitcoin and currently writes for Coinmama and 99Bitcoins. Steve also sold art for BTC to better understand the crypto economy. His current focus is on automated Bitcoin arbitrage trading.
All Posts »
PrevPreviousThe Pros and Cons of Buying Bitcoin with a Bank Account
NextHow to Buy ETHNext 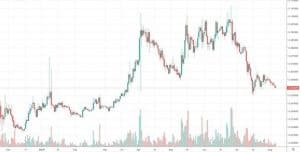 What is Cardano (ticker code: ADA, named for Ada Lovelace)? Cardano is an advanced smart contract platform, developed in association with Charles Hoskinson, who co-founded Ethereum