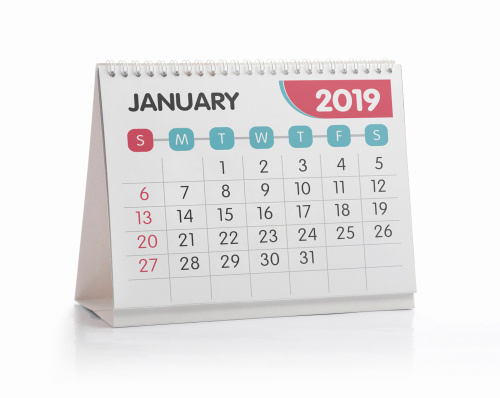 While crypto prices were pretty stable in January, there was no such stability in the crypto industry. There were two distinct trends visible from the slew of events reported in January. One; many crypto companies are succumbing to the pressures of the ongoing bear market. Two; the fundamental value of the stronger cryptocurrencies is rising steadily, as measured by technical development, user adoption, and business investment.

While these trends may seem somewhat contradictory, in fact they reveal that this bearish market cycle is unfolding perfectly. The bear market is punishing bad decisions and washing out malinvestment. Capital or human resources allocated towards unsustainable projects, which only appeared workable due to soaring crypto prices, are being liberated. Although painful in the short-term, the end result will be a healthier market, based on sustainable business models and solid fundamentals.

Well-known crypto investor, Trace Meyer, instigated the annual “Proof of Keys” event on the 3rd of January (which coincided with Bitcoin’s 10 year anniversary). In order to prove reserves, users were urged to withdraw all their coins from crypto exchanges and services on this date. If an exchange proved unable to process all these withdrawals, it would be revealed as running a fractional reserve. The HitBTC exchange shut down withdrawals before the event, raising some concerns regarding their liquidity.

However, exchange troubles in January came from three unexpected sources. On the 15th of January, New Zealand’s Cryptopia exchange announced that they’d been hacked. It seems hackers gained access to Cryptopia’s Ethereum and related ERC-20 token wallets, and drained roughly $16 million in value. Later in the month, Cryptopia was struck a second time for a further $180,000 in losses.

On January the 26th, it was reported that users of the LocalBitcoins forum suffered a phishing attack. Account logins were obtained from several users, whose accounts were subsequently drained. The issue was promptly contained and losses were limited to around $28,000.

By far the biggest exchange failure of the month came at the turn of the month, when Canada’s QuadrigaCX announced bankruptcy. About $150 million in user funds is currently inaccessible. The exchange claims that they lost access to their cold wallet when their founder, who had sole access to the private keys, died while in India. However, blockchain analysis suggests that QuadrigaCX had been running a fractional reserve. The facts of the matter are still under investigation.

It was recently reported that January had the lowest trading volumes for most exchanges since 2017. One prominent exchange saw its volume down by over 40% since December of 2018.

The bear market is clearly exerting pressure on even the biggest of crypto companies. China’s Bitmain suspended its crypto mining operations in Texas on the 10th of January and then shutteredits office in Amsterdam on the 14th. These moves follow the layoff of over 50% of Bitmain’s Chinese staff and the closure of its Israeli research and development lab in December. Bitmain was tremendously profitable prior to the end of the crypto bull market. The reversal in the company’s fortune is largely attributed to a lack of new ASIC miner production and the decision to accumulate an oversized and thus illiquid Bitcoin Cash position.

Not only industry giants are under pressure but many smaller firms too. For example; in January Ukraine’s Liqui exchange shut down, Canada’s Coinsquare exchange laid off nearly one third of its workforce, and the smart contract auditing Service, Hosho, laid off 80% of staff. These events likely reflect difficult monetary and banking environments in Ukraine and Canada respectively, as well as the collapse of the ICO craze.

January saw a number of promising signs in terms of adoption. While mainstream demand is not as extreme as during the speculative boom of 2017, it’s clear that the infrastructure is being laid for even greater demand in future. It’s becoming easier than ever for people to get involved in Bitcoin.

In France, the Tabac chain of tobacconists, in collaboration with fintech firm, Keplerk, began selling Bitcoin vouchers to the public. The initial experiment targets a handful of tobacconists in Paris but, if successful, it’s expected that the project will be expanded to as many as 6,500 outlets.

In the US, a similar experiment in the mainstream demand for Bitcoin is being conducted via Coinstar kiosks. These ATM-like devices are present in grocery and big-box stores, primarily across the US, but also in eight other countries. Coinstar operates a total of 20,000 kiosks.

The Bitcoin ATM (or “BTM”) industry is also thriving. As many as 4,302 such devices have been installed around the world.

Another sector of the crypto industry seeing a lot of growth is crypto lending. On January 2nd, it was reported that several crypto lending services are growing rapidly. These services are popular as they allow holders to access funds without selling their crypto at the current low prices, and also allow bears to short crypto.

Bitcoin’s Lightning network continues to improve. According to publically available stats, the number of channels – connections between lightning nodes – increased by about 6,000 during January. The amount of liquidity contained within these channels – which constrains how large a sum can be reliably transacted over Lightning – grew from 532 to 629 BTC.

On January 12th, it was reported that a new method for sending Lightning payments had been developed by Olaoluwa “Roasbeef” Osuntokun. The so-called “Sphinx” send mode allows payments to be made without the recipient having to first generate an invoice. On January 24th, it was revealedby Bitrefill, a service which sells mobile airtime and gift vouchers for crypto, that Lightning Network payments exceed most altcoins.

These and other developments – such as a new, intuitive Lightning wallet launched on January 4th by Living Room of Satoshi and the rapidly growing list of Lightning merchants – suggest that 2019 will shape up to be the Year of Lightning!

Forthcoming Bitcoin futures exchange, Bakkt, which is notable for being operated by the same company which operates the New York Stock Exchange, announced its receipt of $182 million in funding on New Year’s Day. Then, on the 14th of January, Bakkt reported its first acquisition; assets from the Rosenthal Collins Group which will aid Bakkt in its operations.

Meanwhile, January also saw several reports of traditional banks partnering with crypto firms or unveiling their own crypto offerings. For example, a major online Swiss bank, Dukascopy, allied with long-standing crypto exchange, Bitstamp, to enable bank clients to store and send Bitcoin, as well as use it to fund Forex trading accounts.

As another example of the crossover between traditional finance and crypto, Switzerland’s Falcon bank announced that it will provide facilities for the storage and transfer of Bitcoin and three other major cryptos. In the Netherlands, the third biggest bank, ABN AMRO, revealed on January 23rd an ongoing trial for their own Bitcoin wallet, dubbed “Wallie.”

While it’s significant that the traditional financial sector seems to be accelerating its involvement in crypto, perhaps the most promising news came from electronics giant, Samsung. Although Samsung denied in December of 2018 any plans to incorporate crypto wallets within its upcoming Galaxy S10 device, on January 2nd reports came out of Samsung seeking UK patents for such technologies.