Bitcoin is changing the world, and any Bitcoin believer will rattle off a long list of reasons why cryptocurrency is the future of money. They’re right. Bitcoin is a global currency that addresses modern-day privacy concerns, elevates the unbanked, and shifts the economic power from big banks and governments back to the people. On top of that, here are a few more concrete reasons as to why Bitcoin is the money of the future (and the future of money). Like they say about trees, the best time to plant one is 10 years ago and the second best time is today. The same advice could be applied to Bitcoin and why now is the second best time to buy it.

Bitcoin was created as a way for people to reclaim their power over their own economies. Twelve years later, Bitcoin is not only giving people across the globe the ability to do just that, but it’s also proven to be a successful investment, one that’s worthy of its title as the future of money.  We hope this article has provided some solid answers to any questions about why to buy Bitcoin. If you’d like to do just that, Coinmama is one of the easiest ways to buy Bitcoin with your bank account or credit card/debit card.

Malcolm is a Content Marketing Manager at Coinmama. He's passionate about Web3 and specializes in making complex concepts easy to understand. Crypto since 2017. Coinmama since 2020.
All Posts »

Malcolm is a Content Marketing Manager at Coinmama. He's passionate about Web3 and specializes in making complex concepts easy to understand. Crypto since 2017. Coinmama since 2020.
All Posts »
PrevPreviousHow to Buy Bitcoin Online with Coinmama in 2022
NextCoinmama and Wellfield come together in shaping the future of financeNext 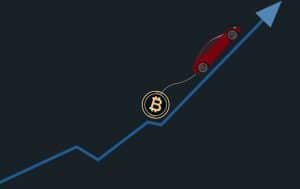 Coinmama is the perfect partner for CEOs looking to allocate capital to Bitcoin. In hindsight, it seemed rather inevitable that Tesla would buy Bitcoin. After